Are Dental Sealants a Safe Choice for Your Child?

While usage of dental sealants has got an USFDA nod, despite knowing that the material releases BPA after placement, the serious health risks of BPA exposure have been confirmed through animal studies. The argument that tiny amounts of BPA exposure is not a concern has few takers.

Home / Uncategorized / Are Dental Sealants a Safe Choice for Your Child? 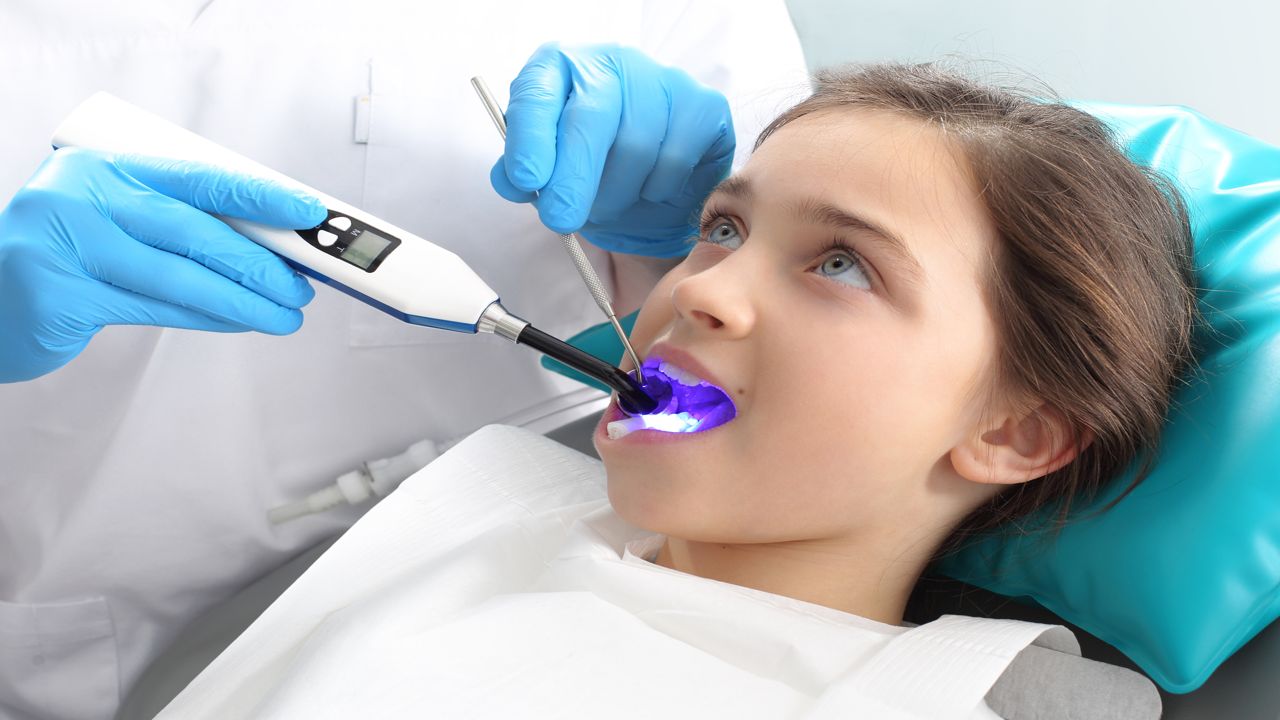 While usage of dental sealants has got an USFDA nod, despite knowing that the material releases BPA after placement, the serious health risks of BPA exposure have been confirmed through animal studies. The argument that tiny amounts of BPA exposure is not a concern has few takers.

Inappropriate placement of dental sealant can damage the tooth structure.

We often see kids showing crevices, fissures, and grooves on the biting surfaces of their back teeth (molars). These depressions on the chewing surfaces of the molars act as a perfect breeding ground for harmful bacteria to grow. This is because food particles get easily trapped in these crevices, which cannot be removed with regular brushing. Eventually, the stuck food debris hardens to form plaque, triggering the onset of tooth decay and cavities. An easy way to protect teeth from decaying would be to apply dental sealants on these damaged areas of the molars.

A dental sealant that can last for 5-10 years is essentially a resin-based plastic material that contains Bis-GMA and Bis-DMA―compounds derived from BPA. Although the placement of sealants to prevent tooth decay has received approval from the dental fraternity, studies show that children with dental sealants come in contact with minuscule amounts of bisphenol A―a chemical that is present in plastic bottles. Also known as BPA, the chemical is known to emulate estrogen, the hormone that naturally occurs in the body. Thus, its ability to replicate estrogenic activity can disturb the endocrine system, which may cause a wide range of health problems.

A recent report published in Pediatrics, the official journal of the American Academy of Pediatrics, pointed out that BPA derivatives getting exposed to saliva triggers a chemical reaction resulting in production of BPA. Moreover, a perceptible concentration of BPA is present in the saliva for up to 3 hours after application of dental sealants.

The study also found that Bis-GMA present in dental restorative material has a lesser chance of converting into BPA, as compared to other BPA compounds such as Bis-DMA. Also, in order to minimize exposure to BPA, one should wash the surface of the tooth right after application of the dental product.

The study concludes that placement of dental sealants made from resin do lead to a brief exposure to BPA, yet one cannot deny the role of this dental material in preventing cavities. So, usage of these dental products should not be discontinued; however precautionary measures to reduce BPA exposure need to be followed when applying the sealant. Also, the makers of dental products should mention complete details about the different BPA derivatives present in the material.

Though the study suggests that dental sealants are probably safe, it does not take into account the long-term impact of BPA exposure that may occur in children. There is ample evidence from animal studies than links BPA exposure to reproductive disorders, cardiovascular problems, and even cancer.

While dentists from the American Dental Association (ADA) and Washington Pediatric Dentistry also claim that minuscule amounts of BPA are not a cause for concern, quite a few health experts are not willing to agree and are of the firm opinion that BPA exposure―even trace amounts―is a health hazard. Experts are worried that secretion of BPA after placement may come in contact with gums, which may eventually get introduced into the bloodstream. So, despite using Bis-GMA in the sealants, BPA exposure in children may not be avoided.

Also, quite a few sealants are formulated to secrete fluoride for a relatively long duration. Thus, applying sealants may expose your child to excessively high levels of fluoride. In addition, a process called polymerization is used to solidify the sealants. However, studies conducted by Mark Latta, a Professor of General Dentistry, found that the sealants do not harden completely, and may remain slightly chemically active after placement. This can cause harm to the healthy tissues of the tooth, including the gums.

Yes, dental sealants do help prevent tooth decay, but that doesn’t mean one should apply these plastic coatings when they are not necessary. In case, the chewing surfaces of the teeth are smooth, there is absolutely no need to apply these dental sealants. It is best to avoid the risk of BPA exposure, when their usage is unwarranted.