Effects of Alcohol on Antibiotics

This article provides some information the effects of alcohol on antibiotics, or the interaction that occurs between the two. 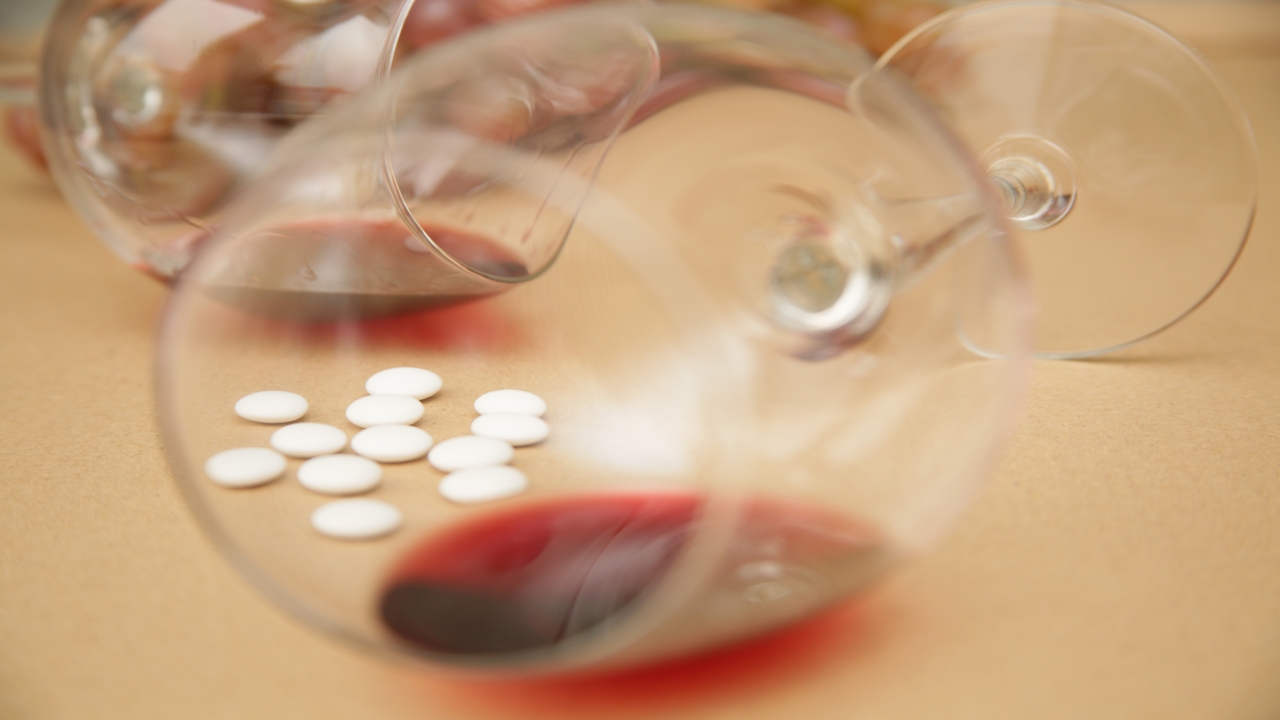 This article provides some information the effects of alcohol on antibiotics, or the interaction that occurs between the two.

Why We Should Not Take Alcohol With Antibiotics?

When alcohol is consumed, it interacts with the lipids and proteins that are part of the liver cell membrane. Alcohol-lipid interaction inhibits the lipid (fats) metabolism by liver cells. Due to which, fatty acids in the form of triglycerides, start accumulating in the liver cells and cause liver enlargement. The liver with excess of fat in liver cells is called fatty liver. Fatty liver is one of the causes of breakdown of oxygen and nutrient supply to liver cells, which lowers their efficiency. Accumulation of fats in liver cells makes them inefficient. In case of chronic alcoholism, damage to liver cells is irreversible. In the human body, only liver cells can produce enzyme Alcohol Dehydrogenase or ADH (a group of 6 enzymes), which take part in alcohol metabolism.

During metabolism, alcohol (ethanol) is oxidized and acetaldehyde, a toxic substance, is produced. Acetaldehyde is oxidized to acetic acid, a non-toxic substance, in the presence of ADH, which acts as a catalyst. Metronidazole is an antibiotic that has limited toxicity and is well-tolerated by the people on being treated. Metronidazole ingestion inhibits the production of ADH. In case of a person with alcohol abuse history, metronidazole’s inhibition of ADH, which helps in the oxidation of a toxic metabolite of alcohol – acetaldehyde, results in the accumulation of the toxic chemicals in the bloodstream and liver. And, this may cause the person to experience facial flushing, throbbing headache, and palpitations. The high concentration of acetaldehyde in the liver could cause cirrhosis of liver. Alcohol, thus enhances side-effects of metronidazole, which is an antibiotic.

Antibiotics act by killing the bacterium and/or by preventing its reproduction. When an antibiotic is ingested, blood transports it to every cell of the body. Even healthy cells receive their share of a dose of the antibiotic, which can be toxic to them. Antibiotics remain in the body, till they are metabolized. One of the main functions of the liver is to breakdown and detoxify antibiotics and their metabolites. Some antibiotics are mainly metabolized in the liver. In case of those with an alcohol abuse history, inefficient liver cells cannot detoxify antibiotics. Antibiotics that would be metabolized easily, starts accumulating in the liver and/or bloodstream. In this situation, their toxic nature may cause further damage to the liver or healthy cells in the body. So these antibiotics, instead of healing the affected person, could cause harm. A person with a history of alcoholism should inform his doctor about his liver condition, before taking a prescription of antibiotics like tetracycline or erythromycin.

Alcohol, in small amounts, is known to benefit your health. It can reduce the possibility of you having a heart attack and gallstones. On the other hand, excessive alcohol consumption may put you at risk of cancer of esophagus, larynx and pancreas, miscarriage, heart trouble, and high blood pressure. Does alcohol have an effect on all antibiotics? No, antibiotics that are metabolized in liver do interact with alcohol. Alcohol and antibiotics affect each other’s metabolic rate and time. Does drinking alcohol make antibiotics ineffective? Yes, one of the adverse effects is that it makes their effectiveness unpredictable.