Effects of BPA During Pregnancy

The worst part about the 21st century is its medical history. More and more people are being plagued by chronic diseases and there is more to blame than just unhealthy eating habits and being a couch potato. Chemicals have seeped way deeper into our food chain and the ecosystem. A fetus is exposed to chemicals even before it opens its eyes in our world. Here, we shed some light on the effects of BPA, commonly found in plastics. 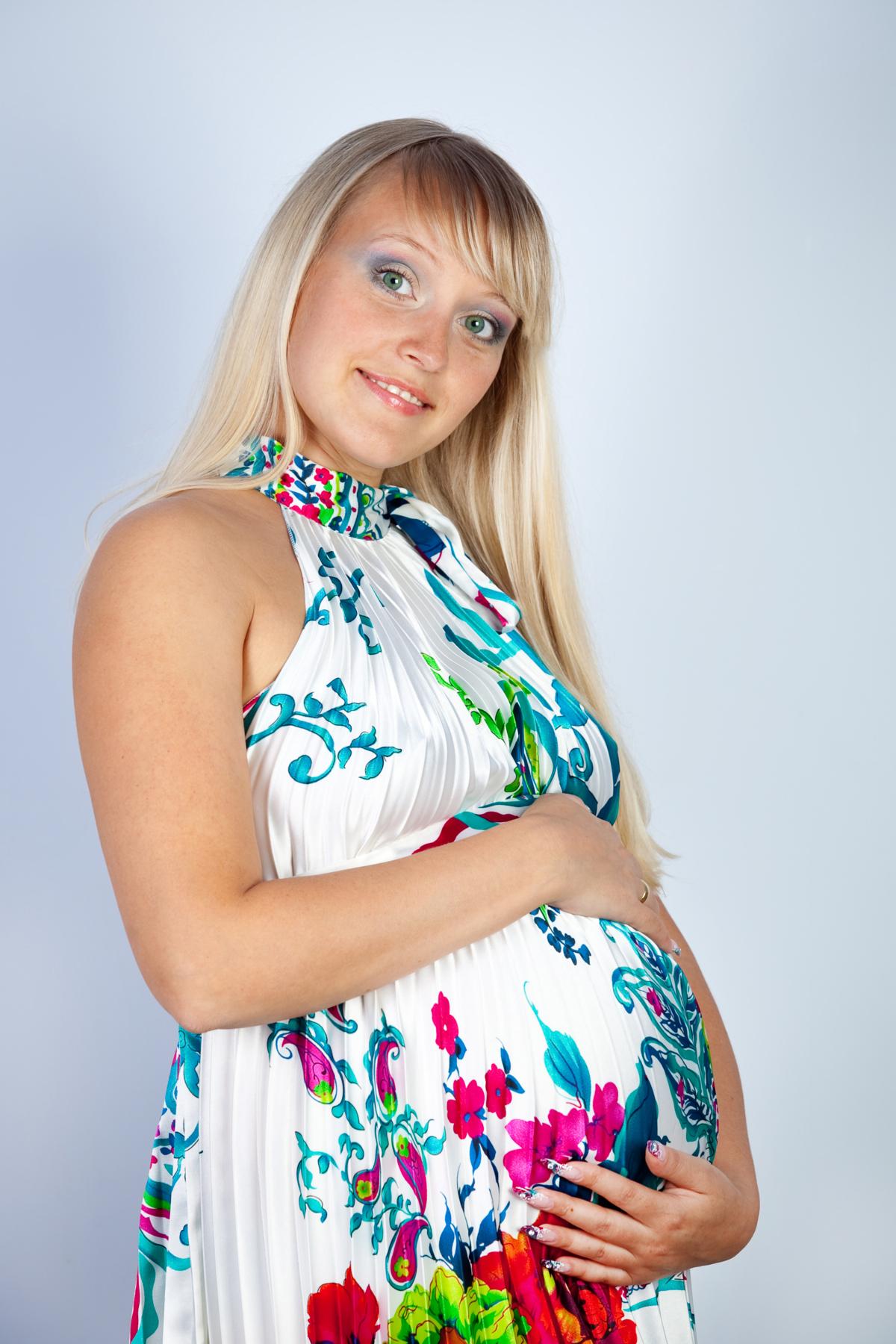 The worst part about the 21st century is its medical history. More and more people are being plagued by chronic diseases and there is more to blame than just unhealthy eating habits and being a couch potato. Chemicals have seeped way deeper into our food chain and the ecosystem. A fetus is exposed to chemicals even before it opens its eyes in our world. Here, we shed some light on the effects of BPA, commonly found in plastics.

Hormones secreted by the body act as natural chemicals to regulate bodily functions. However, today there are many man-made chemicals that can be found in several things used in day-to-day life, including our food. What happens when these synthetic chemicals enter the blood stream? Do they cause havoc or are they amicable with the body’s internal environment? Would you be more worried, if I told you that one such chemical makes way into your body everyday.

Bisphenol-A, or BPA as it is popularly known, is a controversial chemical compound mainly used to manufacture polycarbonate plastics. Known as an estrogenic, BPA is thought to mimic the effects of estrogen in the body. It forayed into households after its commercial application in the plastic, medicine and food industry, in 1959. The safety of BPA has frequently been a topic of debate amongst scientists and health experts since it became an ingredient for production of several household products.

Although there is a lack of much-needed research over the health effects of BPA, and more importantly during pregnancy, concerns have been raised over the possible effects of BPA on unborn children, which include birth defects, restricted growth and development and miscarriages. It is feared that continual and long-term presence of BPA in the newborn’s blood could give rise to diseases in adulthood such as: obesity, diabetes, cardiac failure, neurological disorders, ADHD, cancer, prostate lesions, early puberty in girls and reproductive problems.

There have been mixed reactions towards the ability of BPA to cause any potential harm during pregnancy. This is because similar test environment have shown very different results that are conflicting with one another. One half of the debaters believe that BPA can absolutely cause no harm to the human body because of the miniscule presence of the chemical in products that is within the safety limits. They argue that the BPA tests conducted on pregnant rodent are irrelevant due to the amount of BPA introduced, with respect to the body weight of the subjects.

Also, since research on pregnant human subjects fails to deliver a conclusive evidence affirming that BPA is not suitable for expecting moms, there has been much speculation on the link between BPA and pregnancy. BPA is a synthetic estrogenic, hence, when it binds itself to the estrogen receptors present in cells, the bind is far weaker than the real hormone. But, BPA is also known to bind to male hormones and thyroid receptors in cells. It has been difficult to determine the impact of BPA on human health, especially on those women that are expecting, majorly due to two shortcomings in these experimental researches;

According to scientists, BPA has the ability to leach from packaging containing the chemical into your food that may be in the form of solids or liquids. It can be found in dental sealants, cans used for packaging, water bottles, cans, baby feeding bottles, plastic cutlery, adhesives and packaging material. BPA has been banned by Canada and the European Union for use in the manufacture of baby bottles. If you are wondering why such a stringent decision was put in force, you must know that the European Union celebrates a reputation of not allowing chemicals in the food that enter the geographical boundaries of its member states. It aims to protect and safeguard the health of its people by enforcing strict laws for decades.

Current Research: What Does It Say?

Research on subjects have shown that exposure to BPA in pregnancy can cause birth defects in the offspring. A study conducted by Yale University School of Medicine attempted to study the estrogenic behavior of BPA and its effects on the body. It was found that BPA is not only responsible for abnormalities in the reproductive system, it also alters the uterus development in the offspring. When fetus in pregnant mice were exposed to BPA, traces of the compound remained in its body throughout adulthood even after the fetus was no longer exposed to it. The result was heightened sensitivity to estrogen as compared to fetus that was not exposed to BPA at all.

A 2011 study conducted by the University of California, San Francisco, (UCSF) reveals that in the United States, traces of BPA can be found in as many as 96% pregnant women according to tests conducted on respondents. Your pregnancy cravings for ketchup or canned fruits could cause learning difficulties and behavioral changes in your baby girl in later years. It was found that babies, especially females, when exposed to BPA in mother’s womb were more likely to show behavioral disorders like aggressiveness, anxiety, hyperactivity or severe stress, starting from the tender age of 3 years.

The study could not point out any significant changes in boys. Overtime BPA accumulation in the blood and its effect on health could lead to future generations of girls who suffer from low IQ due to their mothers’ eating habits. The problem is that this has been the first study highlighting the negative effects of BPA during pregnancy. Hence, the bad influence of BPA on the health of the babies cannot be affirmed so early. While there is still no official health warning issued by the U.S. Food & Drug Administration regarding the toxicity of BPA in human body, it did raise concerns over the long-term neurological effects of BPA on the offspring in January 2010.

A research conducted by Kaiser Permanente in 2011 also observed that BPA exposure during pregnancy may lead to lower birth weight in human babies, if both or either of the parents are exposed to high levels of the estrogen. This study was published in the Journal of Reproductive Toxicology. Although the FDA maintains that a certain dosage level of the chemical does not cause any harm, BPA is already under fire after claims surged branding the chemical as a diabetes stimulant. This daily limit has been set at 0.4 -1.6µg/kg wet tissue.

Since the conclusions of studies on this topic do not voice the same opinion, nor do they have a documented proof to verify their research results, the United States still hasn’t been able to take sides and completely ban BPA or approve its use. It still waits for sufficient proof to render BPA as a harmful chemical. Till then, the synthetic estrogen continues to be a part of household items.

What Should You Do?

Now, I like to think that if BPA could cause toxicity in the body, it would definitely have a greater effect on the mother who is not only nourishing a child inside her body but is also constantly exposed to the man-made chemical. Toxicity is linked to low metabolism rate, increase in fat deposits leading to cellulite and stretch marks, neurological disorders, cardiac problems and most importantly, cancer.

However, if BPA is proved to have substantial negative consequences, it may answer the question – why are there rising incidences of health problems among younger segments of population? While as adults it is easier for the body’s developed immune system to eliminate toxins within a fairly short span of time, this activity takes longer in a baby’s body. Most health organizations are against the use of BPA in household products.

Did you know, you are exposing to your baby to BPA even after he/she is born, by feeding through milk bottles? As you know that BPA is primarily used to produce hard and clear plastics, it makes baby milk bottles the number one candidate for using the estrogenic. It is a known fact that BPA can easily pass through the fetus’ placenta leaving it exposed to same or lower amounts than found in the mother’s body. So, the chemical will remain present in the fetus too. While these studies do not seem to come to a decision, majority of the research conclusions deem BPA to have harmful effects on babies, if you don’t want to risk your baby’s health, when exposed to the chemical during pregnancy.

Since prevention is better than cure, you should ideally avoid BPA while pregnant. Also you can start taking a diet that is rich in acid along with yogurt and black tea as these foods are said to combat the ill-effects of BPA. The endocrine disruptor has also been deemed to be a potential environmental obesogen, which means that exposure to BPA before birth leads to predisposition to obesity among people. By mimicking estrogen, BPA activates fat cells in the body.

Perhaps, the biggest concern for scientists here should be to determine whether the ability of BPA to affect future generations of pregnant women is exposed to it today. Could it really cause gene mutations? The answer may be a couple of years of research away. So, you could either play it safe or take your chances.