Is the Mozart Effect for Real? Find the Mystery Resolved

Many to-be-mothers are told to make their yet-to-be-born babies (usually after the first trimester or the 4th month) to listen to classical music, especially the compositions of world-renowned musician, Wolfgang Amadeus Mozart. But is Mozart effect real? Are babies who are exposed to classical music more intelligent than others? Does listening to classical music make you smart?

Home / Women's Health / Is the Mozart Effect for Real? Find the Mystery Resolved 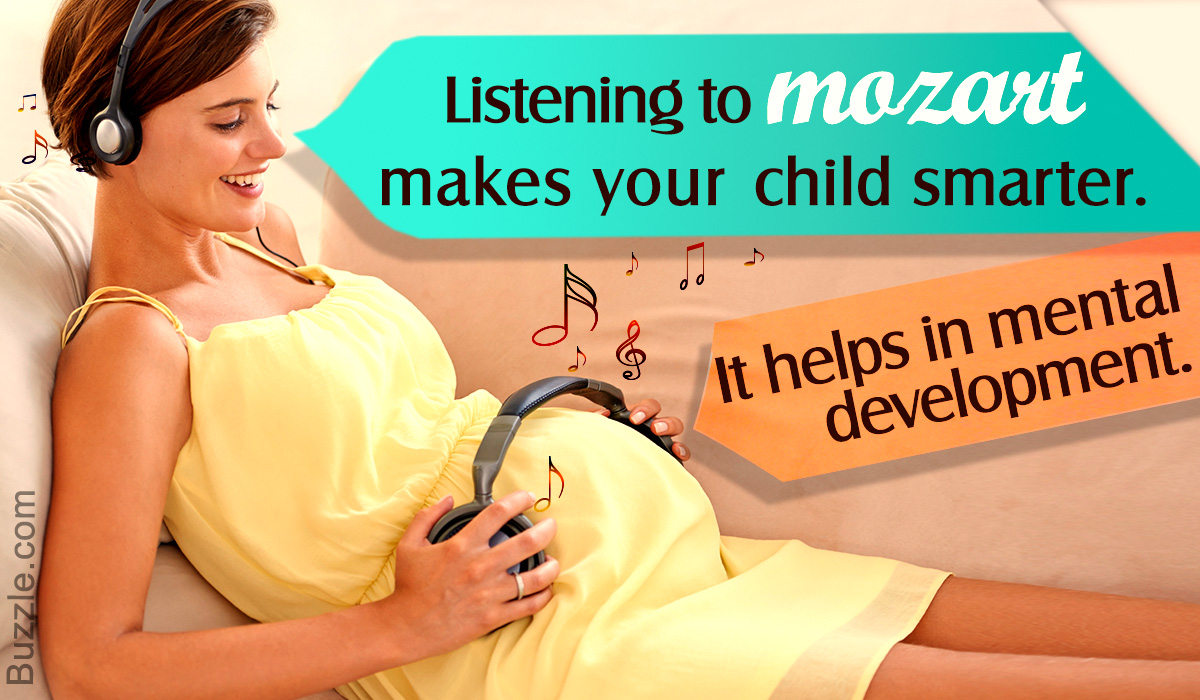 Many to-be-mothers are told to make their yet-to-be-born babies (usually after the first trimester or the 4th month) to listen to classical music, especially the compositions of world-renowned musician, Wolfgang Amadeus Mozart. But is Mozart effect real? Are babies who are exposed to classical music more intelligent than others? Does listening to classical music make you smart?

The term ‘Mozart Effect’ was first used by the famous otolaryngologist (ENT specialist), Alfred A. Tomatis with his newfound method of using music for treating various ailments, mostly related to the ears. Known as the Tomatis method (sound sensory stimulation technique), it is often said to be the precursor of the modern Mozart effect. The difference between the Mozart effect and the Tomatis method is that, while the Tomatis method uses music in treating disorders, it does not include the impact this music has on the patient’s intelligence – which is exactly what the Mozart effect is said to increase. So, is it real? Find out, in the upcoming sections.

In the words of Dr. Rauscher, “the research on the Mozart Effect was motivated by a highly structured neural model of higher brain function” (from Is the “Mozart Effect” debunked? – Poster presented at the bi-annual meeting of the International Conference on Music Perception and Cognition, August, 2000 at the Keele University, Keele, UK). As such, most of the Mozart effect studies were initially based on the Trion model of the cerebral cortex (developed by Xiaodan Leng) and the findings of Leng and Gordon Shaw, where they observed that the neural firing pattern in the brain is the same in musical perception and spatial task performance and occurs in the same part of the brain – the right hemisphere.

The first scientific research study related to the Mozart effect was done to find out the impact of stimulation caused by the variations of musical notes on the working of the brain impulses of the subjects. This research was done by Dr. Frances Rauscher (a Psychologist), Katherine Ky and a few others, at the Stanford University, California in 1993. They conducted their experiment on 36 students divided in three groups. One group was made to listen to K.448, Mozart’s Sonata for Two Pianos in D-major, another was made to hear a ‘relaxation tape’ and the third group was subjected to silence, for 10 minutes. After this, all the 36 students were asked to take a spatial IQ test of ‘mentally unfolding a piece of paper which had been folded several times and then cut’. They were given 5 examples and asked to spot the final shape of the unfolded paper. The result showed that the students who first listened to the piece of classical music before taking the test scored more, than those who heard the relaxation tape or were subjected to silence, by 8 to 9 points on an average. However, the increase was in spatial intelligence (and NOT on the general intelligence as is generally supposed) and lasted for a short time period (about 15 minutes).

⇒ Studies on the Mozart effect have been largely done on adults (more often on college students).
⇒ Increase in intelligence has been limited mostly to spatial-temporal reasoning performance.
⇒ Any improvement in intelligence is temporary and lasts only for some time.

⇒ The Mozart effect is more prominent in non-musicians as compared to musicians (because the brain of musicians interpret musical stimulations differently).
⇒ The impact of Mozart effect varies in different people.
⇒ Mozart Effect is not subject to only the compositions of Mozart or classical music.
⇒ Any music (with similar characteristics of Mozart’s Sonata) that a person finds pleasing can have the ‘Mozart Effect’ on that person.

In the same paper mentioned earlier, Dr. Rauscher pointed out that, “Despite the excitement generated by exaggerated media reports claiming Mozart makes you smarter, attempts to replicate the effect have been inconsistent.” This statement is no surprise because the media is known to blow simplest of things out of proportion. Some ‘scientific reports on Mozart effect’ were found to be fraud or a result of improper research methods (and yet they were widely publicized by the media before they were exposed). Though the Baby Mozart toy series from Walt Disney’s Baby Einstein was technically launched before Dr. Rauscher’s first Mozart Effect research paper, the release of the Mozart effect studies greatly enhanced their sales. Many other noted personalities like Don Campbell (he credits music with curing his brain tumor) claimed to have been tremendously benefited by the Mozart effect.

Is Mozart Effect a Myth or Reality? 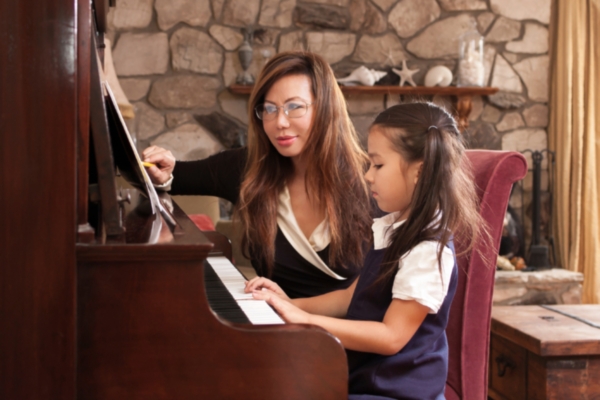 The ‘exaggerated’ reports of music have given birth to many myths. Based on the scientific explanations for the Mozart effect and its related studies, many of these myths can be found in some of the very prevalent reviews. The most important one is the belief that listening to classical music makes you smarter and improves cognitive learning. Many of the claims of Mozart effect benefits cannot be scientifically proved. That is not to say that classical music or any music for that matter does not affect a person at all. Music is known to soothe, motivate or inspire a person, and instances of listening to music has helped people to come out of depression. There have been reports on how patients who came out of comatose recollected the music that was played in their room. Music therapy is a well-known treatment in certain cases. Classical music, especially the compositions of Mozart may increase the spatial reasoning temporarily but on the whole, the Mozart effect does NOT make you smart (or at least that’s what most scientists say). However, research does show that there is substantial increase and improvement in the IQ, reasoning and analytical skills, memory, good behavior and awareness and thoughtfulness in children who learn classical music than in those children who don’t. This basically means that musically trained children are benefited by the Mozart effect, for want of a better word, in the long term. 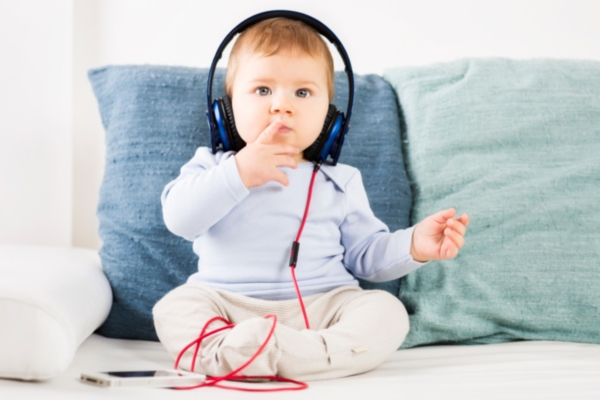 Does classical music make babies smarter? The answer to this question is highly debatable, with more points for the negative side. Soon after the media published the Mozart effect finding under the headline of ‘Mozart Makes Your Babies Smarter’, there was a huge public reaction. The most notable (and admittedly humorous) was the response of Zell Miller, the Governor of Georgia, when in 1998 he rallied that all the babies born in the state must be gifted with a classical music CD. Listening to classical music does soothe a baby, but its effect is equal to, at times less than, the soothing effect of a mother’s voice on the baby. In one of the issues of the Pediatrics, a team of doctors published their findings on how subjecting a premature baby to classical music reduced the Resting Energy Expenditure (REE) of the baby by 10-13%, thus increasing the body weight of that baby.

So, while it is not completely useless to expose your baby to classical music, it may not be as useful as it is made out to be, if lack of clear-cut evidence of the Mozart effect means anything. A word of caution to the pregnant ladies out there: do not play very loud music, classical or otherwise, near your belly – you might damage the baby’s eardrums in the process. On the other hand, there is definite evidence that there are effects of music on the mind and brain of a person – which means if not the baby, you will find music benefits. Go ahead and buy those classical music CDs you enjoy, your baby might grow up to be a fan of classical music. Besides, science is always working and reworking on its findings, you might never know if future studies on the Mozart effect might prove it to be real!