Is There a Connection Between Longevity and Telomeres? Find Out Here

Senescence is a multifactorial phenomenon, which is dependent on several genetic and environmental factors. One of the genetic factors that influences the rate of aging and longevity of an organism is the length of telomeres that are present at the ends of linear chromosomes.

Home / Uncategorized / Is There a Connection Between Longevity and Telomeres? Find Out Here 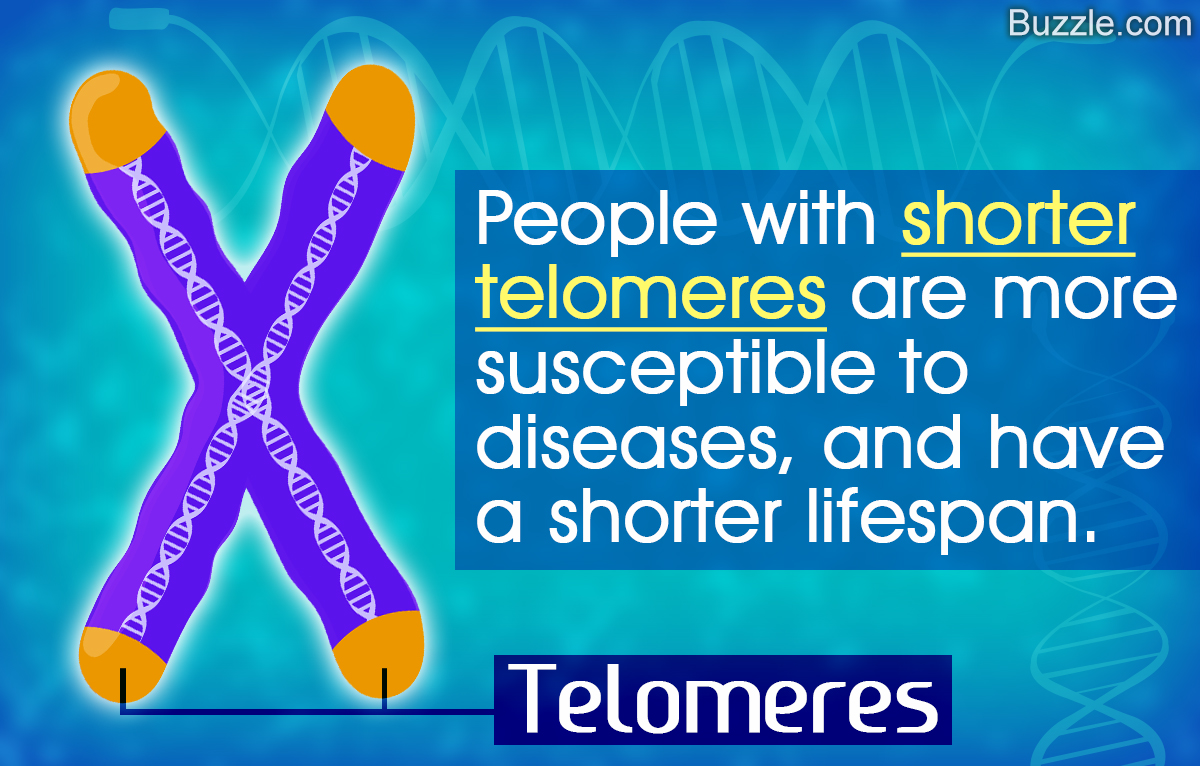 Senescence is a multifactorial phenomenon, which is dependent on several genetic and environmental factors. One of the genetic factors that influences the rate of aging and longevity of an organism is the length of telomeres that are present at the ends of linear chromosomes.

Some modern laboratories claim to predict your biological age. All you have to do is provide 5 ml of blood and about $500-700 along with 4-5 weeks of time, to know how long you can live!

Aging and longevity have been a mystery to several researchers and still continue to be one. The process of aging depends on several factors, including DNA damage due to oxidative stress, environmental factors, chronological age, and risk factors, like mishaps, etc. In addition to these, certain structures suspected to play a major role in aging process are telomeres.

Telomeres are specialized structures located at the ends of linear chromosomes. They protect the chromosomes and ensure structural stability of the linear DNA molecules. Reduction in the length of these telomeres has been observed to occur during aging.

This WellnessKeen write-up gives some information about telomeres and their role as molecular clocks, as well as their association with aging and longevity in humans. 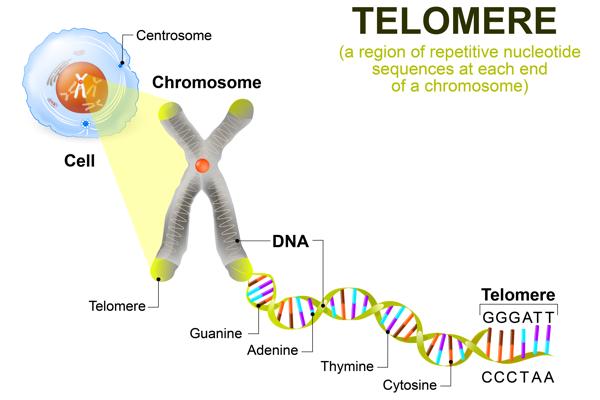 Located at the ends of linear chromosomes, telomeres are a specific set of non-coding, repetitive DNA sequence. They form a protective cap onto the chromosomes and are analogous to plastic tips present on the ends of shoelaces.

The broken ends of chromosomes are sticky and tend to get attached to other chromosomes, giving rise to genetic aberrations. The telomeric repeats impart stability to linear chromosomes and prevent them from fraying and sticking to one another.

Almost all telomeres have a general sequence of Cn(A/T)m [where n>1 and m= 1-4] on one strand, while the other strand with a single protruding end has a general sequence of Gn(T/A)m on the other strand. They are present in most eukaryotic cells as well as in certain prokaryotic organisms with linear chromosomes. In vertebrates, telomeres are made up of multiple repeats of the sequence: 5′-TTAGGG-3′

The process of eukaryotic DNA replication begins from several sites within the DNA molecule. The synthesis of new DNA proceeds via a leading strand―which is synthesized continuously―and a lagging strand―characterized by discontinuous DNA synthesis. The enzyme involved in the synthesis of DNA requires a short stretch of RNA called RNA primer, in order to initiate synthesis. As a result, a part of extreme 3′ end of the lagging strand remains uncopied.

“Imagine a photocopier that makes perfect copies of your text but always starts with the second line of each page and ends with the penultimate line.”
― Genome: The Autobiography of a Species in 23 Chapters (by Matt Ridley)

This is known as the end-replication problem and may lead to the loss of genetic information contained at the very end of the molecule.

The presence of telomeres at the end of the chromosome prevents the resultant information loss. During each replication cycle that occurs, when a cell divides to give rise to two new cells, a part of the telomeric sequence remains uncopied. As a consequence, with every cell division, the length of the telomere gets shorter and shorter―a phenomenon termed telomere shortening.

After successive divisions, the entire telomeric region gets lost, and the cell becomes senescent. Thus, the telomeres serve as a molecular clock or genetic time bomb and prevent cells from being immortal. This interesting phenomenon that a cell can undergo divisions for a finite number of times only was first observed by Leonard Hayflick in normal human and animal cells. He showed that normal human fetal cells, in culture, could divide only 40-60 times, after which senescence was observed. He suggested that it is such cellular aging that plays a vital role in the physical process of aging.

Although telomere shortening has been linked to aging, it is not completely clear whether it leads to aging or is one of the signs of aging, like skin loosening and graying of hair, etc. However, studies have revealed positive correlations between telomeres and longevity as well as the morbidity in humans.

Can We Reverse Aging?

Although majority of the cells in our bodies have a fixed lifespan, there exist a small set of cells which possess the power of immortality. This immortality is owing to the activity of a ribonucleoprotein enzyme called telomerase, which can build and maintain telomeric repeats at the ends of chromosomes. This enzyme is present in all young cells, but its amount decreases with repeated cell divisions. In case of immortal cells, like egg and sperm cells as well as some immune cells, the activity of the telomerase remains constant.

So, can the mere activation of this enzyme in all other cells reverse or stop aging? A group of scientists at the Harvard Medical School in Boston developed genetically engineered mice that had altered telomerase activity. These mice were allowed to grow up to the adult stage, and then the enzyme was activated for a month. They observed that the mice showed rapid aging, but the effects of aging were reversed when the activity of the enzyme was restored during adulthood.

Although scientists did not examine the effect of telomerase activation in normal mice, and instead, studied abnormally aging mice, the striking outcome of this experiment was the fact that signs of aging could be reversed. This outcome was termed “a near ‘Ponce de León’ effect” after the explorer Ponce de León, who went in search of the Fountain of Youth. However, the implication in humans remains to be validated.

The constant activity of telomerase is also seen in a deadly set of immortal cells―cancer cells. Shortened but stable telomeres are found in several types of cancers. Hence, the activation of telomerase in order to reverse aging comes with a huge risk that needs to be evaluated as well. 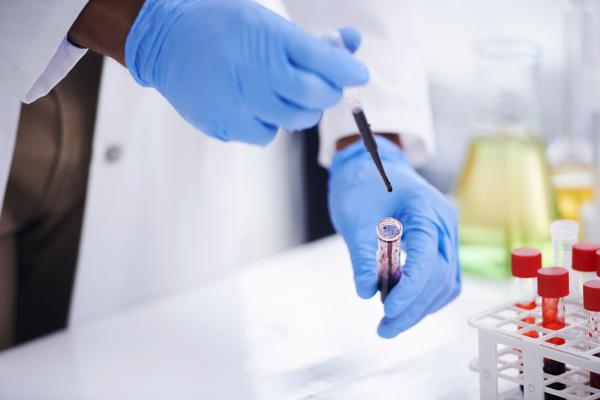 Although the prediction of our lifespan remains questionable, these tests prove to be useful in knowing how healthy an individual is, how fast he/she is aging, and how high is the risk for specific diseases and disorders. Such an analysis may serve as a wake-up call to ensure a healthy lifestyle and resort to sound ways of achieving longevity.