Medical Controversies That Were Proven to Be True

Often, theories and discoveries are put forth that cause strife among the scientific community, leading to a debate on whether the proposed theory is valid or not. Such debates soon becomes controversial. While most cases are ill-founded, there are a few which have been redeemed and proven to be true.

Home / Uncategorized / Medical Controversies That Were Proven to Be True 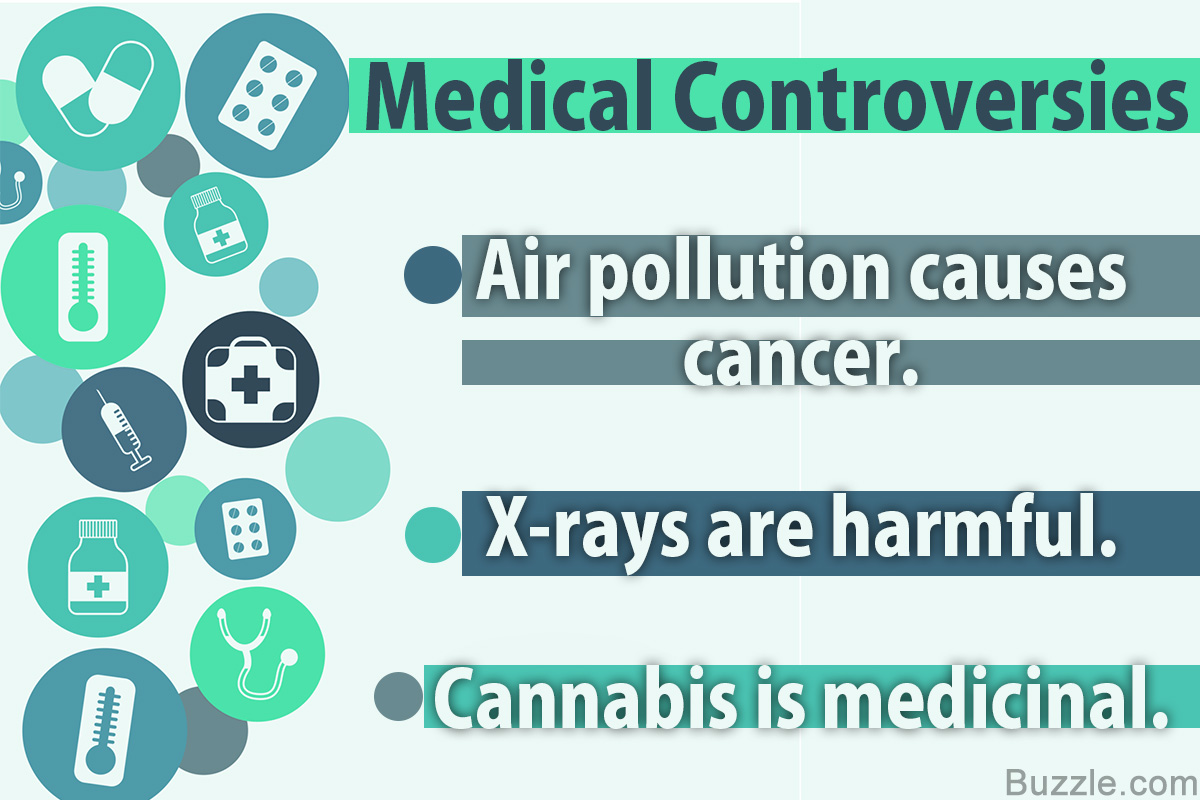 Often, theories and discoveries are put forth that cause strife among the scientific community, leading to a debate on whether the proposed theory is valid or not. Such debates soon becomes controversial. While most cases are ill-founded, there are a few which have been redeemed and proven to be true.

No great advance has ever been made in science, politics, or religion, without controversy.
― Lyman Beecher

Medical developments and discoveries often provide the best fodder for controversies. This is because, every time a new discovery or theory is proposed in this field, there always exists a faction of supporters and a faction of staunch opponents, both arguing that their personal perspective on the issue is the legitimately valid perspective. Such divided views often culminate in the development of controversies, which further inflame the debate, fueling a vicious cycle. Only via objective scientific evidence can such disputes be cleared. But, as is often the case, a clear solution is not found instantly due to various technological limitations. Hence, the controversy prevails.

Once the technology catches up with the scope of the discovery, investigation into it reveals exactly how valid and legitimate the theory is. Since this is a slow process and can take years, the development of controversies is inevitable. Over the course of time, various such controversies have been developed, examined, and either discarded and forgotten, or proved right and implemented for the good of mankind. This is aptly captured in the words of Dr. Freda Adler, “It is not only by the questions we have answered that progress may be measured, but also by those we are still asking. The passionate controversies of one era are viewed as sterile preoccupations by another, for knowledge alters what we seek as well as what we find.” Some of the most distinct controversies that were later proven to be true are given below.

Medical Controversies That are True

Initially, cancer was largely regarded as an incurable disease, since its exact cause was unknown. Later, professors and doctors came up with varied theories regarding the cause. Some claimed that it was the result of chemical processes and acidic lymph fluid, while others believed it was a sort of poison, and was also contagious. After a few decades, a doctor proposed that cancers were caused due to inhalation of pollutants. This was based on his observation of increased incidence of cancer among chimney sweeps. However, his claim was rejected and contested by many researchers and doctors, claiming that it was not a legitimate cause, and that it didn’t sufficiently explain cancer incidence in the general population. However, due to various scientific research studies, it is now clearly evident and common knowledge that cancer is caused due to the inhalation of pollution, in the form of smoke, fumes, etc.

Ulcers are caused by bacteria

Stomach ulcers were believed to be a result of excessive stress and bad food choices, and hence, were treated accordingly. However, the treatment given to the patients did not always show positive effects. In an attempt to understand this predicament, doctors Robin Warren and Barry Marshall from Australia carried out extensive research, and finally proposed that the ulcers were being caused due to bacterial infection of the stomach lining by Helicobacter pylori. Their theory was promptly rejected by the medical community. However, later studies and research proved that the bacterium was indeed the causative agent of stomach ulcers.

Cervical cancer is caused by a virus

German virologist Harald zur Hausen published research in the 1970s, suggesting that the human papillomavirus (HPV) causes cervical cancer. This theory was not accepted by many scientists, who went so far as to even mock it. However, later research proved that his claim was correct, and that HPV did indeed cause cervical cancer. Consequently, he won the 2008 Nobel Prize for his discovery, and now effective vaccines have been developed which are used to vaccinate children and adults against this type of cancer.

Aspirin has been commonly known to be an effective antipyretic analgesic, and is often prescribed in cases fever and body pain. In 1950, a California physician called Lawrence Craven published research documenting the anti-clogging and anticoagulant properties of aspirin. However, his research was not widely recognized at that time, but is now widely accepted. Hence, aspirin is prescribed to patients with the risks of developing cardiac disorders.

Use of cell phones can cause cancer

Recent studies suggest that this common threat issued by parents of gadget-enthusiast children is actually quite true. Numerous studies indicate that the prolonged usage of cell phones (at least an hour per day) increases the risk of developing glioma brain tumors. In addition to this, carrying cell phones in one’s pocket is also risky, since the heat generated from the device and the radiation emitted from it could potentially lead to infertility issues.

After the discovery of X-rays, they were extensively used, from doctors’ clinics to shoe stores (to see the fit of shoes). It was generally believed that the rays merely passed through one’s body with no danger to the person, while giving the benefit of visualizing the skeleton of a person. However, in 1956, the National Academy of Science reported the drastic and detrimental effects of these rays on the human body, and hence, the practice was abandoned. Presently, it is common knowledge that the radiation of the X-rays is severely detrimental to human health, and exposure may lead to radiation poisoning, genetic defects, tissue breakdown, and even death.

Manganese is toxic to the brain

Manganese is often prescribed to patients suffering from osteoporosis, spinal bone loss, weight loss, wound healing, as well as other conditions involving bone degradation. However, new research suggests that, while it is beneficial and even necessary in minimal quantities in the body, excessive intake of this substance can be toxic to the brain, inducing conditions like Parkinson’s disease. It may even cause mental disorders, idiopathic tremors, lethargy, depression, and even death.

Myopia is linked to intelligence

There exists a common stereotype that depicts intelligent and studious people developing myopic eyes due to excessive reading and studying. But as it turns out, unlike most stereotypes, there might be a bit of truth to this one. According to the research carried out by scientists at the Queen Mary Hospital and the University of Hong Kong, the persistence of genes causing myopia in the genome, despite their unfavorable nature, is due to the fact that these genes are associated with the genes determining a person’s intelligence. Since, high intelligence is preferred, in future offspring, the sexual selection of these genes also facilitate the passing on of the myopia genes.

Despite the fact that sunny weather makes us happy and joyful as compared to gloomy weather, researchers of Ben-Gurion University in Israel have found that the crime rate is significantly higher during the summer season, globally. Their studies indicate that the crime rate is almost twice or thrice the average during the summer seasons across both hemispheres. The exact cause for this is still not elucidated. However, research suggests that, levels of serotonin secretion may be an important factor in increasing the aggressiveness in men.

Earlier, this claim would have been mocked, for sure, as just another way of people wanting to justify their smoking of marijuana. However, these claims, when investigated by researchers, revealed that, surprisingly, cannabis does possess certain medicinal compounds despite its psychoactive nature. Experimental testing of the compounds on various disease models indicate that cannabis promotes brain development, helps in cancer treatment, and helps in recovering from other medical ailments. Many patients using cannabis medicinally have demonstrated better mental health, verbal fluency, enhanced memory, and also successful remission from brain cancer.

These cases show the importance of research and the investigation of any claims, despite their illogical or absurd appearances. Only through scientific investigation can one determine the legitimacy of a claim. If the claim is not valid, the controversy subsides, but if the claim happens to be valid, we gain a new therapeutic advantage over the prevalent health problem.