Morbidity Vs. Mortality: How are They Different from Each Other?

The terms 'morbidity' and 'mortality' are commonly used in regards to the health of a population. They indicate the health status of people in population.

Home / Uncategorized / Morbidity Vs. Mortality: How are They Different from Each Other? 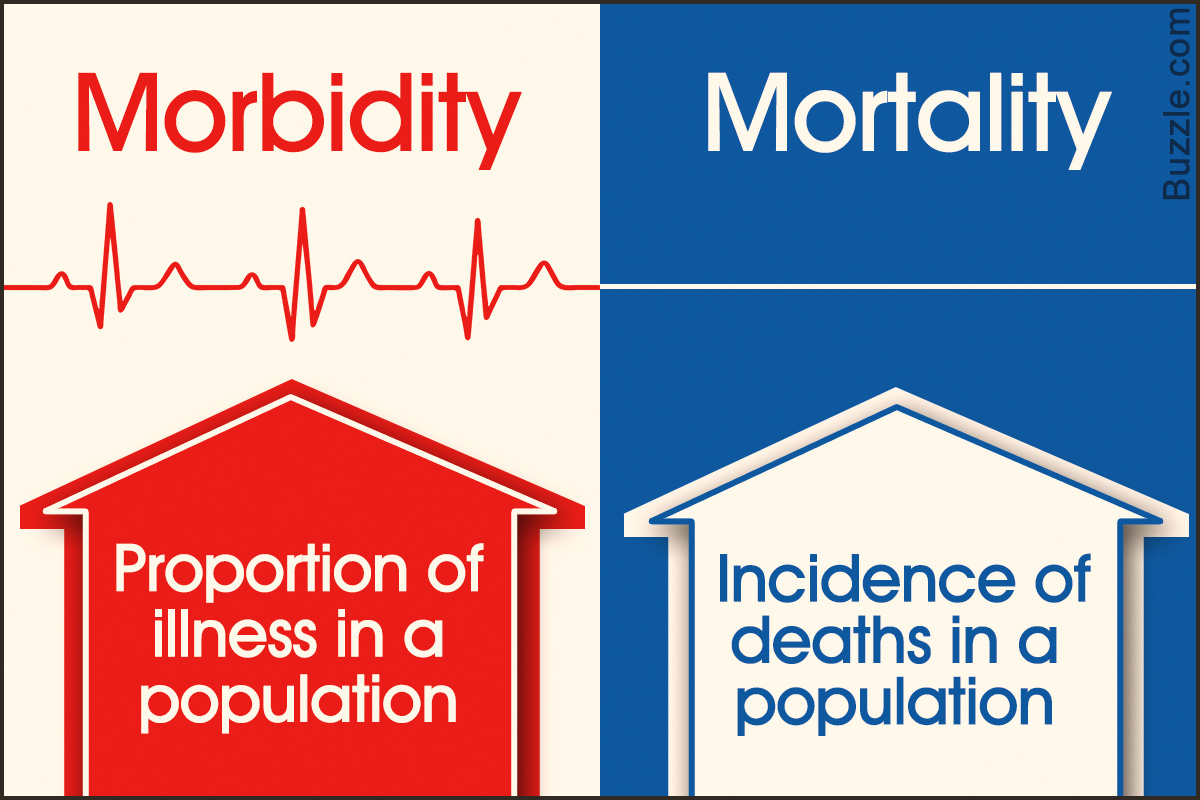 The terms ‘morbidity’ and ‘mortality’ are commonly used in regards to the health of a population. They indicate the health status of people in population.

It is a weekly epidemiological compilation published for the U.S. by the CDC (Center for Disease Control and Prevention). It consists of public health information and statistics regarding diseases as well as deaths in the population.

The death of individuals is an inevitable occurrence. With the use of advanced medical techniques and drugs, it can be delayed but not avoided. In the past, the measure of the number of deaths were enough to indicate the health status of a population. This was due to the fact that, in the past, sickness and illness translated into the death of the individual as a result of the crude and primitive nature of medicine. But the recent exponential growth in the development of medical science has had a major impact on the nature of diseases. This impact has caused a shift in the sickness load from the early stages of life to the later stages. This causes problems in the effective treatment of the disease, and in some cases disease symptoms are mistaken for signs of old age. Hence, death is no longer a viable measure of the health status of the population. Therefore, the concept of death rate or mortality is being supplemented by the concept of morbidity, that measures the prevalence of diseases, as an indicator of population health.

There is a need to determine the health status of the population, in order to formulate the approach to be taken to restore health. These approaches include formation of various health programs, specific allocation of medical and social resources, social awareness drives, and efforts to develop better drugs and vaccines to avert the occurrence of disease. For these approaches to prove successful, the terms of morbidity and mortality must be completely understood, and backed up by accurate statistical data.

To better improve healthcare with respect to the mortality and morbidity in the population, the Accreditation Council for Graduate Medical Education (ACGME), requires all medical residency programs to conduct regular mortality and morbidity (M&M) conferences to discuss the complications and deaths, so as to identify the areas of improvement for medical practitioners.