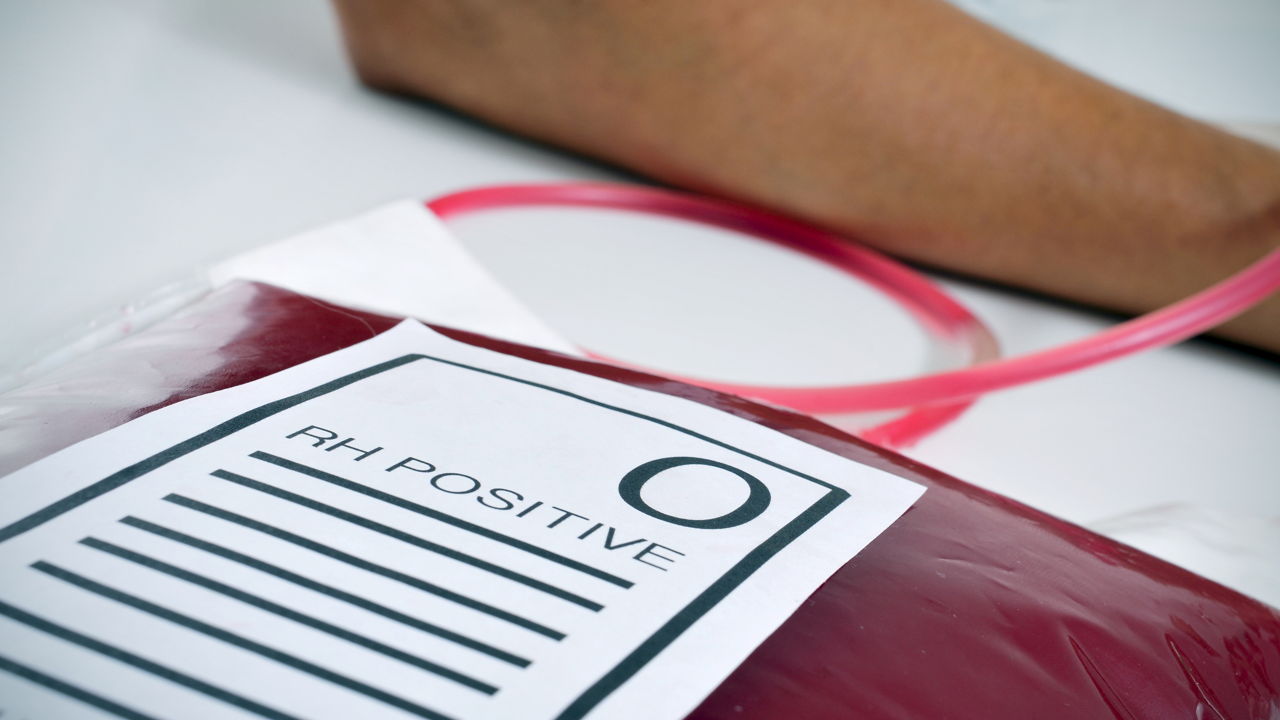 Blood forms 7-8% of the body weight and comprises different components: red blood cells (RBC), white blood cells (WBC), platelets, and plasma. The RBCs make up 40-50% of total blood volume, whereas, the WBCs make up only 1% of the blood volume. Blood platelets are cells, releasing blood clotting chemicals in the bloodstream, so as to repair wounds. Blood plasma forms 55% of the blood’s volume. It is a clear liquid comprising 92% water, protein, fat, sugar, enzymes, antibodies, hormones, blood clotting factors and salt components which carry RBCs, WBCs, platelets and some other chemicals.

The RBCs present in the blood feature proteins called antigens on their surface. These antigens are either proteins or sugars and adhere themselves to various components in the RBC membrane. There are different types of RBC antigens, however, the most important types are the ABO and rhesus types. Depending on the antigen on the RBC, the blood group type is determined and identified. The different blood groups are: A, B, AB or O. AB negative and B negative are the rare blood types, however, O positive blood is a common type of blood group.

Blood Group A: People with A blood group have type A antigens adhering to the surface of the RBC, with anti-B antibodies present in the plasma.

Blood Group B: People with B blood group have type B antigens adhering to the surface of the RBC, with anti-A antibodies present in the plasma.

AB Blood Group: People with AB blood group have both type A and type B antigens adhering to the surface of the RBC. Moreover, they do not have any antibodies (anti-A and anti-B) in the plasma.

O Blood Group: These people do not possess type A or type B antigens adhering to the surface of the RBC. However, they do have anti-A and anti-B antibodies in plasma.

As far as understanding the rhesus types are concerned, one’s Rh status will be listed as positive (+) or negative (-). If one has Rh negative blood, then the body forms antibodies against Rh positive blood to destroy it. This coming in contact with the opposite rhesus factor occurs either during a blood transfusion or while carrying a fetus with opposite Rh rhesus factor. A person inherits the blood group type from his or her parents. The different combination of blood groups are A positive, A negative, B positive, B negative, AB positive, AB negative and O positive, O negative. These combinations are possible due to the antigen-antibody compatibility issues.

Is the commonest blood group type…
As per the information provided by the American Red Cross, O positive blood is the commonest type of blood group found in 38% of the US population. This blood group is commonly seen in Hispanic people, wherein, 53% of the people have O positive blood. On the other hand, O negative blood is seen only in 7% of the total population. Since the parent’s blood group determines the fetus’ blood group, the University of Utah’s Genetic Science Learning Center states that parents with type O blood will have children with type O blood as well. O blood type is the most common one, thus, O positive donors are more frequently needed as compared to the other types.

O negative mother and O positive fetus…
A woman with O negative blood group may be seen to be carrying a fetus with O positive blood group. In such cases there is a risk of the woman’s body rejecting the fetus, thereby leading to pregnancy complications. To prevent placental tears during pregnancy and hemolytic disease, the pregnant woman is given a shot of RhoGAM halfway to her due date. This injection is once again given within the first 72 hours after the child is born, which is given as a precautionary measure in case the maternal and fetal blood come in contact during delivery. This will prevent the development of antibodies to the Rh factor in the mother’s body.

The blood group O is a universal donor and is the most common blood group found in people across the globe. This is why it is commonly required in hospitals from time to time. People with O blood group, especially O negative people should donate their blood on a regular basis, such that lives can be saved!