A very good warning against poison ivy rash is the rhyme 'leaves of three, let it be'. Here, we shall shed some light on the possible causes, symptoms, identification, and treatment of this painful rash. 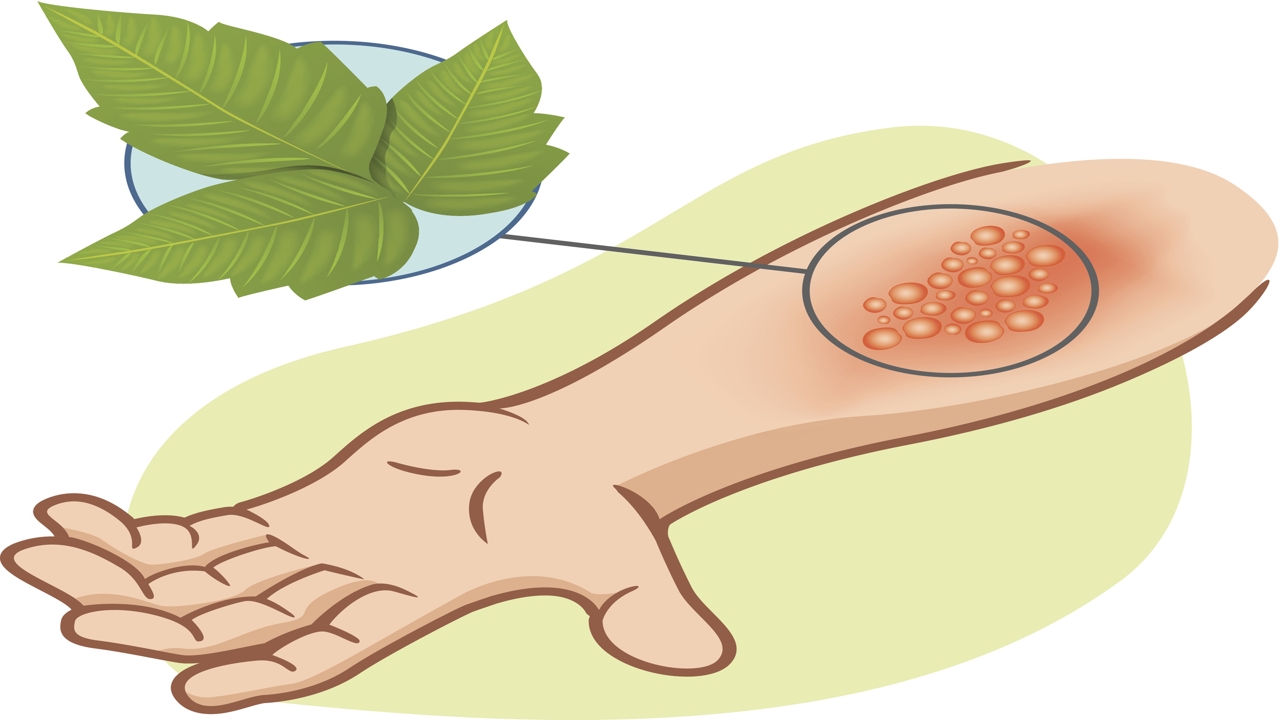 A very good warning against poison ivy rash is the rhyme ‘leaves of three, let it be’. Here, we shall shed some light on the possible causes, symptoms, identification, and treatment of this painful rash.

Contact with the poison ivy plant results in a painful and itchy rash on human skin. Poison ivy, scientifically known as Toxicodendron radicans, is a woody wine. Older synonyms of poison ivy include Rhus toxicodendron and Rhus radicans. This plant principally grows as a shrub or an understory plant in forests. Poison ivy also grows in the form of shade-tolerant plants, ground cover, and as a climbing vine.

As the name suggests, this rash is caused by the poison ivy plant, that bears three leaves grouped together. Though poison ivy is known as an ‘ivy’, in reality, it does not belong to the ivy plant family, which is scientifically known as Hedera helix. The name of the plant is, thus, at times, written as ‘poison ivy’, to indicate the fact that this plant is not an ivy in the real sense.

It is native to the North American continent, and is found in many different types of regions. The reason that it has come into the limelight in recent years, is due to its ability to grow in variable soils. It grows in many different regions, like rocky areas, plains, pastures, and even in residential areas.

Contact of the human skin with the poison ivy plant, especially the leaves, is the main cause of the rash.

The poison ivy plant leaf contains an oil, known by the name urushiol. This oil is found in many different plants, such as the poisonous oak, that causes poisonous oak rash, or the poison sumac. The most unusual characteristic of this oil is that it binds itself to anything that it comes in contact with. Thus, it takes just a slight contact with the plant to develop a really painful rash. Urushiol also sticks to clothing, which makes it not only more dangerous, but also indirectly contagious. Any person coming into contact with the clothing is at a risk of developing this rash.

The reaction that actually causes the rash is known as contact dermatitis. It is a reaction occurs when the skin comes in contact with allergic oils. The reason that one should beware of contact dermatitis is because it is not only contagious, but the rashes are extremely painful and can show different visible symptoms.

The effects are indirect and occur due to the automatic response of the human immune system. When the oil comes in contact with human skin, the binding substance reacts with the skin and changes the shape of the integral membrane proteins of the cells. These cells are attacked by the immune system of the human body, as they are confused as alien cells. The effect is a very painful rash.

The symptoms are variable and depend on various factors, like the surface area that was exposed, the strength of the immune system, and the amount of oil that was exposed to the skin. The primary symptoms of this rash are as follows:

The rash does not occur immediately after the skin comes into contact with the oil; majority of the symptoms occur anywhere between 12 to 48 hours after contact. The rash duration can range from 2 to 3 days to about 3 weeks, depending upon the skin conditions and the intensity and area of the rash.

Treating this rash is very critical, and precaution has to be taken to ensure that it does not spread. An instant cure is washing the exposed area. The water carries away the oil, minimizing the intensity of the symptoms. This rash can also be treated with a variety of heat treatments, that include a hot water bath, oatmeal bath, or simply drying off the area with a hair blower.

Pharmaceutical companies have also come up with different types of poison ivy rash kits. These kits can be bought at almost all chemist and drug stores. If you love trekking or hiking, it would be advisable to keep a kit ready with you. Some commercial brand names that can be used as remedies are the Tecnu Extreme Poison Ivy Scrub, Ivy Cleanse Towelettes, and Zanfel. Most of these medications are available over the counter. It is, however, advisable to consult a skin specialist or a physician if you observe any of the symptoms.