Risks of Taking Amoxicillin while Pregnant

Amoxicillin, as most of us are aware of, is an antibiotic that is administered to treat a variety of bacterial infections. For bacteria to survive in their host, they need to build cell walls. But once amoxicillin is in the system, it keeps the pathogens from doing so thus, eliminating them and clearing out the infection. Various conditions that are usually treated with this drug may include infections of the ear, nose, throat, sinus, and of the urinary tract. Lung infections such as pneumonia are also treated with Amoxicillin.

However, it is also to be known that not all bacteria species are susceptible to this antibiotic. An interesting fact that came to the notice of many doctors is that, the efficacy of amoxicillin may vary from one region to the other. It may happen that a species of bacteria which can be treated with this drug in certain parts of the country, may not be susceptible to the same when it is found in different regions. Before taking this drug there are certain precautions and considerations that may be exercised to prevent any side effects or complications of the medication. The following helps you understand the possible risks of taking amoxicillin during pregnancy.

Is it Safe to Take Amoxicillin while Pregnant?

From the perspective of medical experts, the use of this antibiotic is generally considered as a safe bet. However, the fact also remains that, doctors have not been able to study the risk factors completely. Under clinical studies, amoxicillin is categorized under a group which is characterized by medications, whose effect on human pregnancy have not been fully determined; but at the same time, did not exhibit any sort of unhealthy effect on the growing fetus in pregnant animals.

When pregnant animals were tested, scientists found that the drug did not cause any significant damage to the fetus, even when given in large doses (10 times the human dose). Different medical journals based on survey have a say that, use of amoxicillin is not associated with any teratogenic activity; in other words, an increased risk of miscarriages or birth defects. But again, there is no denial to the fact that these studies did not undergo a standard procedure of systematic and adequate study to test the side effects of the drug on pregnancy.

So considering the lack of a clinical evidence and documentation, it is better to err on the side of caution. Although, animal studies and theoretical findings show us the safe nature of the drug, there might occur certain negative implications which are still out of the knowledge of medical science. That is why, if an expecting mother is required to use the medication, it is necessary that she consults her healthcare provider regarding the same.

Experts generally say that if administering amoxicillin while pregnant (which are minimal according to what experts advice generally) has lesser risks than the chances of complications that a bacterial infection can cause to the pregnancy, then the drug could be approved. Furthermore, according to experts, very small amounts of the drug pass into the mother’s breast milk, and so it essentially should cause no harm to a nursing child.

Know about the general side effects that Amoxicillin may cause in people.

To conclude, there is very little evidence of any potential side effects that amoxicillin can cause during pregnancy. But at the same time, the fact that the drug is completely safe, still remains unspecified. So, it is always wise to consult your caregiver if you are pregnant and are required to take the medication. Take care! 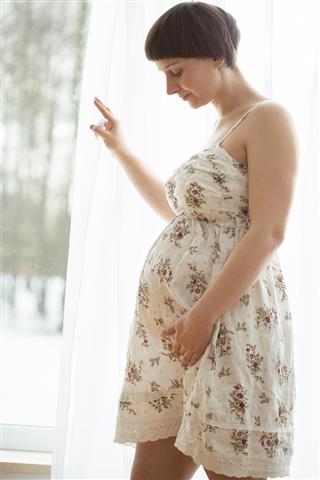 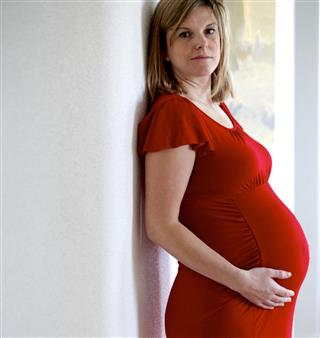