Should You Practice Yoga on Your Period? Here’s Your Answer

Should you or should you not practice yoga on your period? This is a question that many women ask. Unfortunately, not many instructors can give a concrete answer to why you should or should not do certain yoga poses during your periods. This post seeks to address this question by looking at both sides of the argument.

Home / Women's Health / Should You Practice Yoga on Your Period? Here’s Your Answer 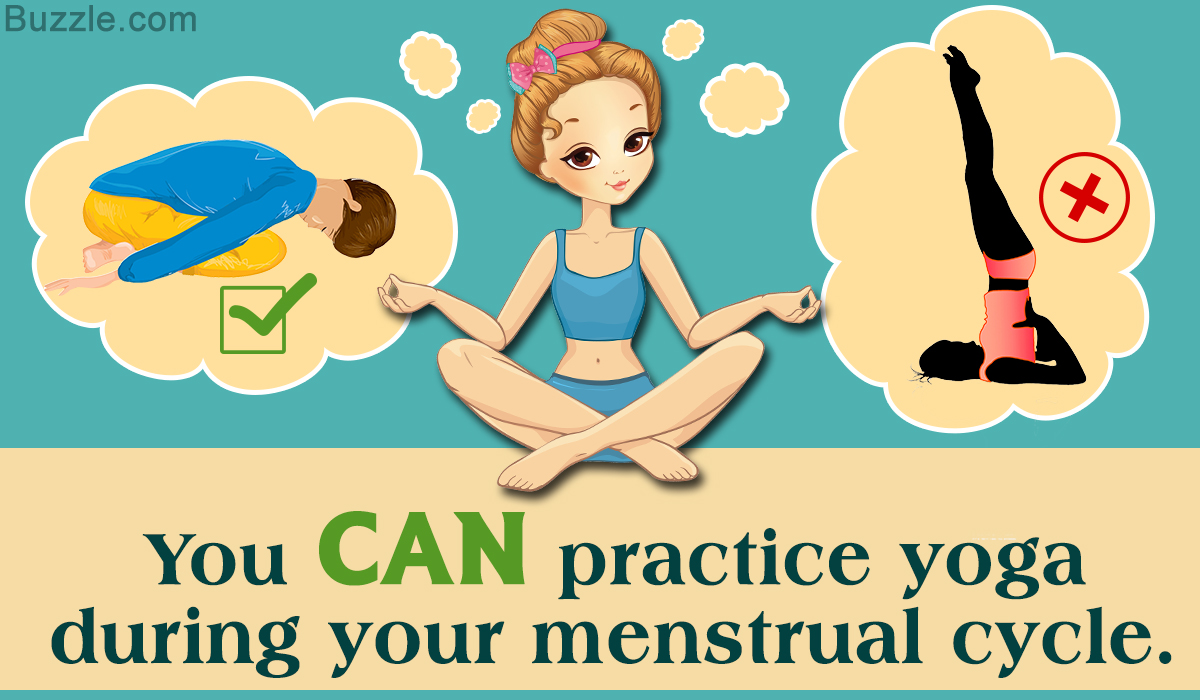 Should you or should you not practice yoga on your period? This is a question that many women ask. Unfortunately, not many instructors can give a concrete answer to why you should or should not do certain yoga poses during your periods. This post seeks to address this question by looking at both sides of the argument.

There are many myths related to menstrual cycles. Some of these weird myths include things like you cannot go for a swim, have cold food, and the strangest of them all, that women with their periods get frequently attacked by bears and sharks!

Yoga is an age-old holistic method of exercising, that not only balances the physical elements in the body, but also energizes a person mentally. For women, regular yoga can help in improving their health, and in handling challenges and stress. Unfortunately, for many women, there comes a time in the month when along with the menstrual cycle, they also have to deal with a lot of myths concerning pregnancy. One such myth is that women should avoid strenuous activity during their periods. Thus, the question if yoga can be practiced during periods.

There is no clear consensus among practitioners whether you should or should not practice yoga during your periods. While some will tell you that it is perfectly safe to do so, others will warn you against practicing rigorous yoga poses like inversions. Although most would agree that a regular yoga routine has the ability to alleviate physical problems – like back pain and cramps – and mental stress – like anxiety and depression – during periods, no one provides concrete reasons for sticking to just gentle, restorative yoga poses in the initial days of your periods. In this article, we look at why some yoga teachers say that you should avoid inverted poses when you have your periods, and others say it is perfectly fine to go about doing these exercises.

Why Instructors Warn You Against Yoga During Your Periods

It’s all About the Prana

One of the vaguest philosophical reasons many instructors warn you against practicing yoga during your periods is due to the belief that when we practice inversions, one type of prana (energy), known as apana, which flows downwards, is reversed. Ideally, poses like headstands and shoulderstands are designed to energize and stimulate the body, nourish the cells, strengthen the reproductive system, and maintain the balance of the endocrine system. However, when we practice these asanas during our periods, the energy that is flowing downwards in the body during periods gets disrupted. Apparently, this can disturb or even stop menstruation and cause reproductive problems.

There is quite a disparity in the prana inversion beliefs. While most teachers will tell you to avoid Sirsasana (Headstand) and Sarvangasana (Shoulderstand), they exercise no such caution with other poses that invert the uterus, such as Adho Mukha Svanasana (Downward-Facing Dog).

The Threat of Vascular Congestion

This is one problem with performing inversions during periods, that may have some medical validity. Vascular congestion occurs when the thin uterine veins stretch while doing inversions and partially collapse. Meanwhile, the uterine arteries continue to pump more menstrual blood into the uterus. This causes you to bleed more.

Why Instructors Tell You Practice Yoga on Your Periods

Gentle restorative yoga postures ease specific aches, such as back pain, and makes the monthly cycles easier. These asanas are best for women who feel their energy is too low during their periods. Meditation and simple breathing exercises also help in dealing with mood swings, anxiety, anger, depression, and irritability.

There is No Compelling Medical Reason

Despite a number of philosophical and other reasons, there are very few medical reasons for avoiding yoga, or even inversions, during periods. Most of these prohibitions are outdated. The menstrual flow going backwards for a few seconds is not going to affect you in the short as well as the long-run.

What Poses Can You Practice

Despite all the debate over what you can do and cannot do, there are some yoga poses which are considered gentle enough for menstruation. 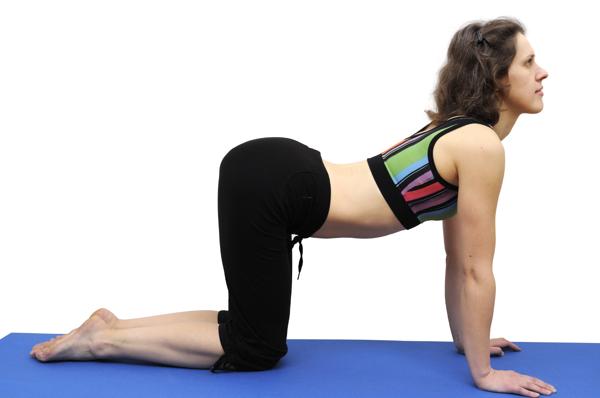 The cat pose tones and relaxes the spine and abdomen. To do this yoga pose, place your hands and knees in a ‘tabletop’ position. Exhale and round your spine toward the ceiling. Inhale and come back to the same position. 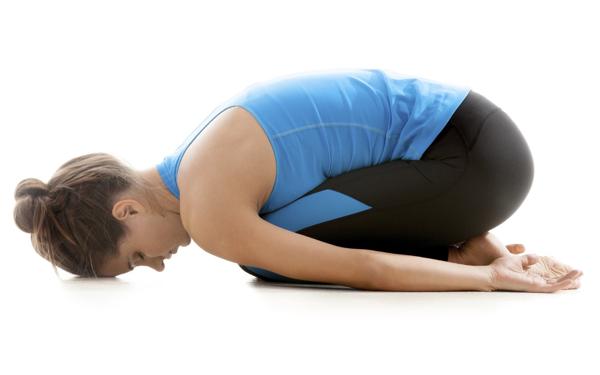 Kneel on the floor and sit on your heels. Spread your knees, exhale, and lay the upper part of the body down between your thighs. Lay your hands on the floor alongside the body with the palms facing up. Stay in the resting position for fifteen to thirty seconds. This yoga pose calms the nervous system and soothes the back. 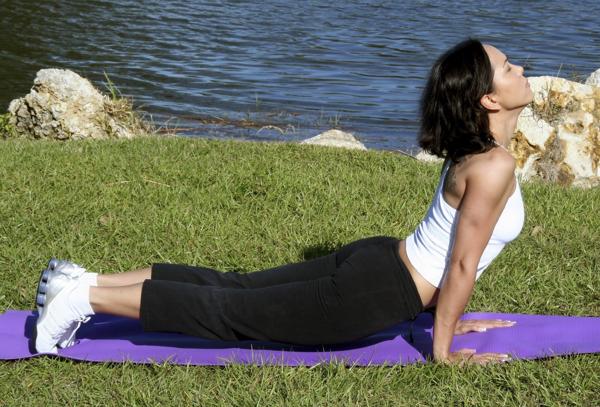 Lie prone on the floor, and press the tops of the feet and thigh firmly on the floor. On inhalation, straighten the arms, and lift the chest off the floor. Level the shoulder blades against the back. Hold the pose for 15 to 30 seconds before releasing with an exhalation. 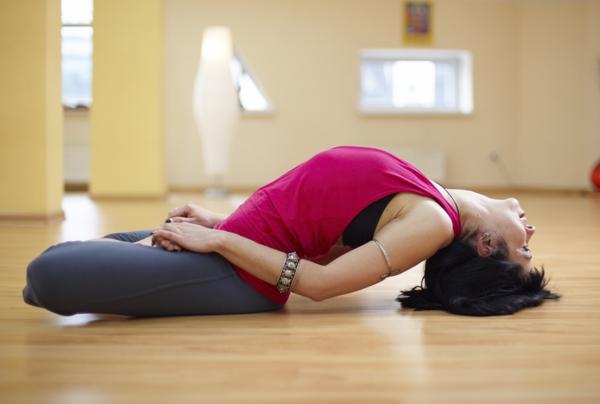 Lie on your back with your knees bent, feet on the floor. Lift your pelvis slightly off the floor as you inhale, and slide your hands, below your buttocks. Arch your back and lift your chest away from the floor, while keeping the head on the floor. Stay for 15 to 30 seconds before exhaling and resuming your position. 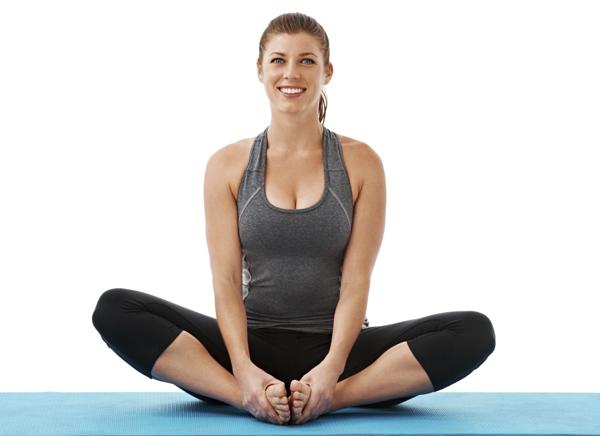 Sit on a yoga mat. Bring the soles of your feet together so that your knees point out to the sides. Breathe deeply as you stay in this pose for 3 to 10 minutes. This pose is great for easing the pain during menstruation, and for opening up the groin and hips.

Poses that You are Advised Not to Do 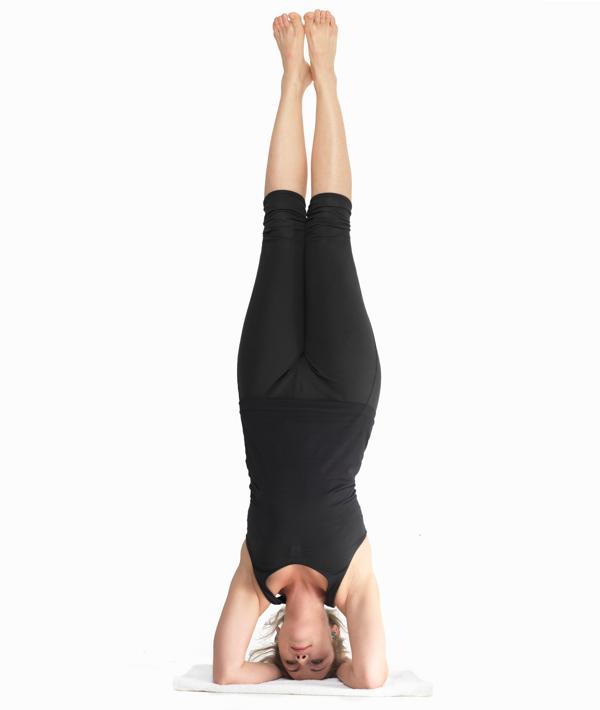 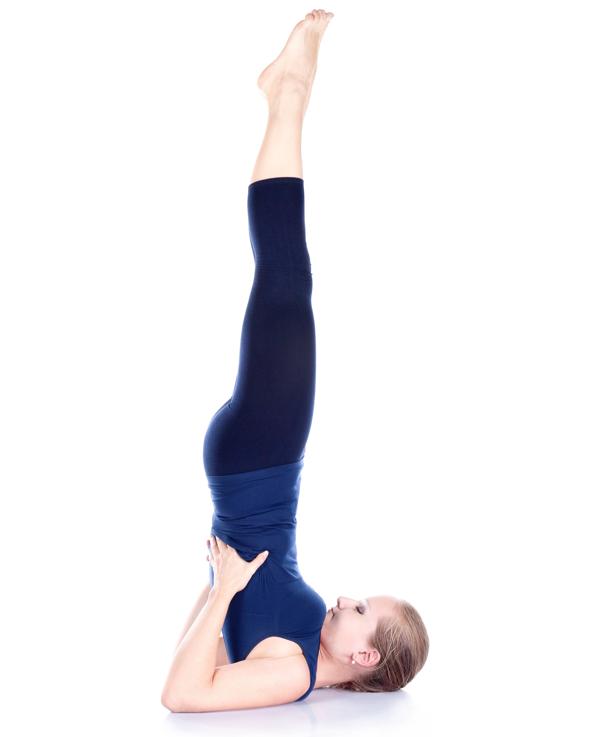 Other than this, deep breathing and meditation is also useful in dealing with problems during the menstrual cycle. What yoga poses you can or cannot do during periods is your own choice. The important thing is to listen to your body, as every woman has a different experience during her periods, so no specific rule can make sense to everyone. For some women, rigorous exercises are great during periods, as they feel energetic after doing the yoga poses. If so, they can continue doing whatever suits their body. On the other hand, if the powerful asanas make a woman feel extremely tired, or cause headaches, heavy bleeding, and severe abdominal cramps, then it is advisable to speak to an instructor or doctor before proceeding.