Side Effects of Nicotine Gum 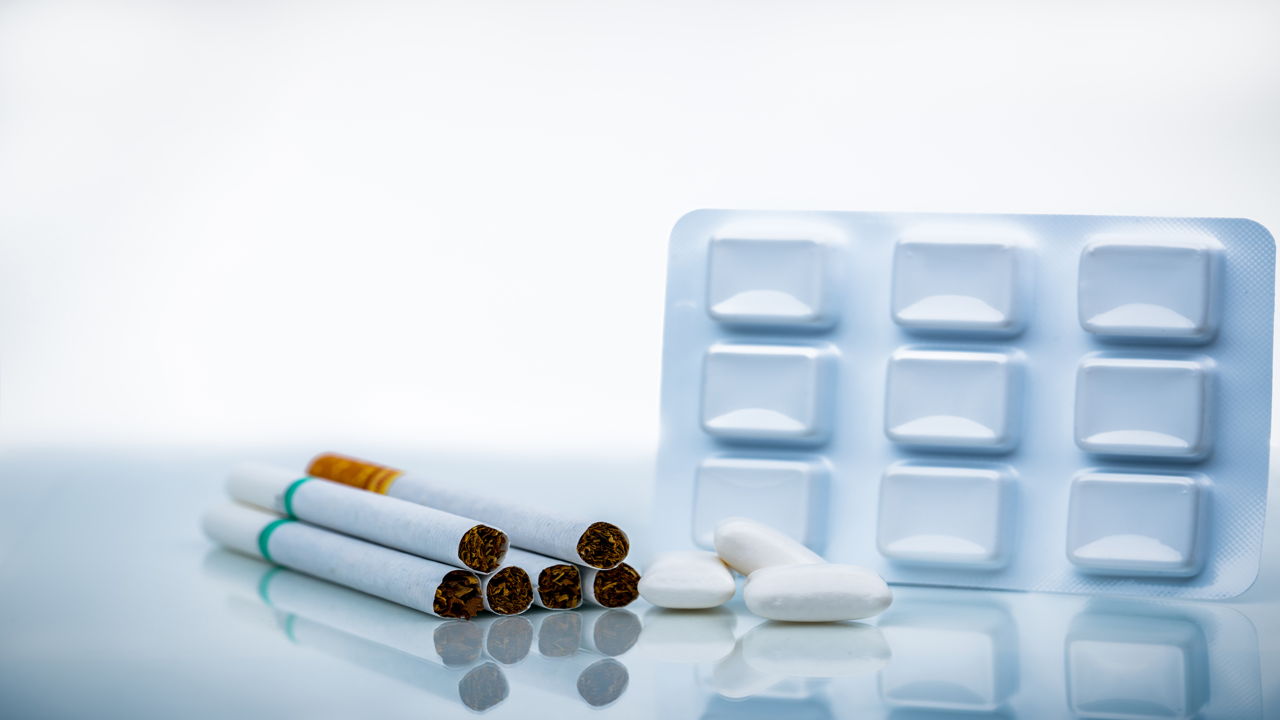 Nicotine gum is a chewing gum which provides nicotine to the body, and hence is used as an aid to quit smoking and smokeless tobacco. A single piece consists of around 2-4 mg of nicotine, which is roughly as much nicotine as you find in a cigarette or two. A person taking to nicotine gum should go ahead only after consulting a doctor for appropriate dosage, as the same usually differs from person to person depending on their smoking habits.

While the nicotine in a cigarette is transferred to the individual’s bloodstream after being absorbed by the tissues in the lungs, the same in a nicotine gum is transferred to the bloodstream after being absorbed by the tissues within the mouth. It helps the person get rid of that craving for nicotine, at least for the time being, and helps him relax. Invariably, the gum acts as a ‘source of nicotine’ for the person, gradually delivering small doses of this alkaloid poison; and over the course of time, the person tends to end up getting addicted to this new ‘source’.

Though relatively mild, the side effects of nicotine gum do exist, and most of these are experienced when the gum is not used as directed. In rare cases, severe side effects are also seen, but these are usually attributed to allergic reactions, underlying medical conditions or – at times – an overdose of nicotine.

» In most of the cases, the individual who takes to nicotine gum in order to quit smoking, ends up getting addicted to the gum itself. It thus becomes ‘a case of replacing one addiction with another.’

» Even though nicotine gum is undoubtedly less harmful than cigarettes, it is important to understand that this is a textbook example of choosing between two evils. At the end of the day, nicotine consumed in any amount for a long period is injurious for the body.

» Initially, the person may experience problems like headache, indigestion, jaw ache, mouth sores and increase in saliva; which disappear on their own in a few days. If they don’t, you should promptly consult a doctor.

» If the nicotine gum is chewed too fast, the individual may feel lightheaded and experience nausea, vomiting and hiccups as a result of quick absorption of nicotine.

» Nicotine happens to be a vasoconstrictor, i.e. it constricts our blood vessels and hampers the supply of blood. The use of nicotine gum for a prolonged period can result in inadequate supply of blood to the gums, and lead to gum diseases. Another frequently occurring side effect of chewing nicotine gum is the apparent constriction of the throat muscles.

» The side effects related to allergic reactions are much more severe, and include difficulty in breathing, dizziness, swelling of gums, severe itching and rash. This makes it all the more important to consult a doctor before resorting to nicotine gum.

» People with history of heartburn are likely to experience flare upon using nicotine gum, and hence it is in their best interest to avoid it.

» Nicotine overdose can occur if the individual continues smoking while using the gum, or uses more gum than what was directed. The side effects related to nicotine overdose include chest pain, irregular heartbeat, nausea, vomiting, along with dizziness, blurring of vision and seizures.

» The chances of the person’s condition worsening further, and him experiencing complications in form of gum diseases and seizures cannot be ruled out; and therefore it is wise to seek prompt medical attention if any of these symptoms surface.

Researchers suspect a link between prolonged use of nicotine and evident hair loss in males as well as females, but they are yet to come up with some concrete evidence to prove this. Similarly, some researchers also hint at a possible link of nicotine gum with cancer and birth defects (when used by pregnant women); but, then again, there is no ‘sufficient’ evidence to prove the same.

Nicotine gum is readily available as an over-the-counter drug in the United States. It is very important to read the instructions given on the packet before using it. ideally, the gum should be chewed until the nicotine content in it is fully depleted. Once the gum softens, it will produce a tingling sensation and a peppery taste. When this happens, it should be placed inside the mouth – preferably between the gums and the cheek. As soon as the tingling sensation ends, you can restart chewing the gum until it returns.

Even though the use of nicotine gum is considered to be an efficient way to quit smoking, it is important to get well-versed with how it works and its possible side effects before resorting to it. But obviously, it would be ridiculous to get addicted to something whilst trying to get rid of an existing addiction.