12 Must-follow Tips for Staying Safe When in Large Crowds

Crowds, especially large crowd gather for a reason. It is usually for recreational purposes or to protest or celebrate something. Even if you are not a part of the crowd, the chances are you can end up in the midst of hundreds of people, without even meaning to. So, it is best to remember these pointers and steer yourself out of trouble when things turn ugly. 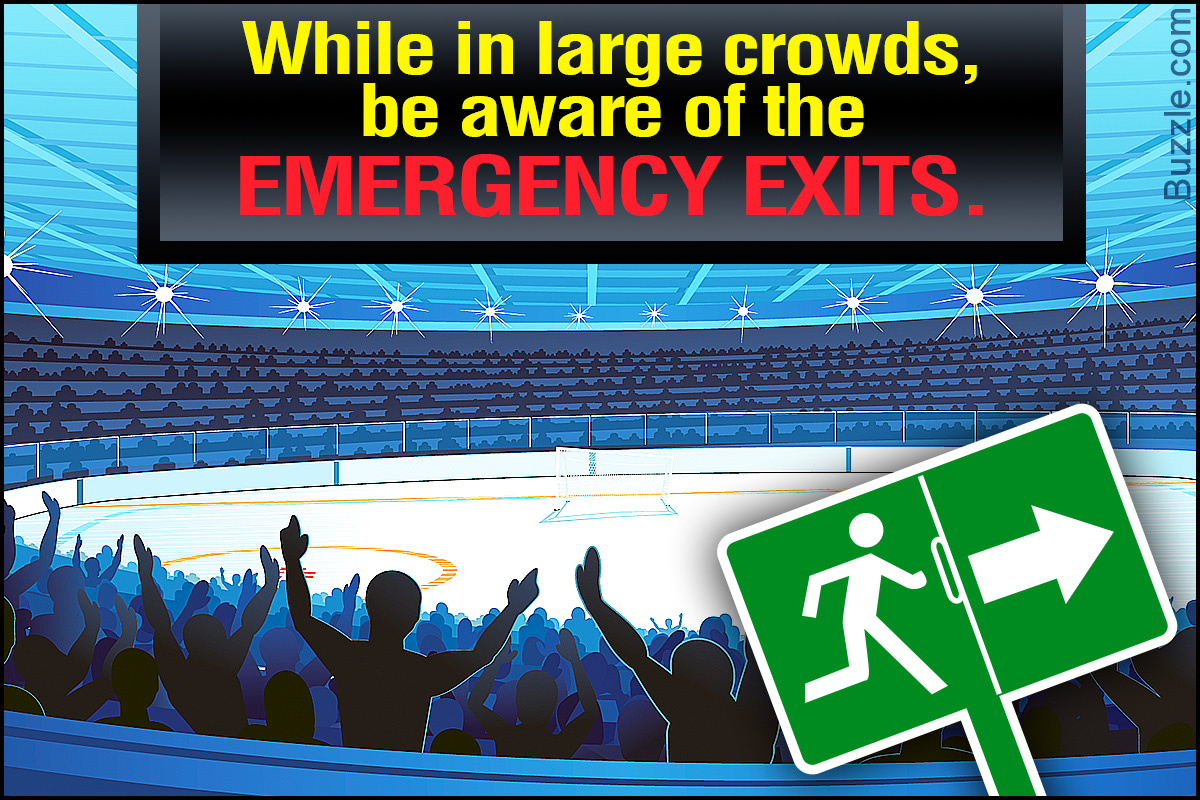 Crowds, especially large crowd gather for a reason. It is usually for recreational purposes or to protest or celebrate something. Even if you are not a part of the crowd, the chances are you can end up in the midst of hundreds of people, without even meaning to. So, it is best to remember these pointers and steer yourself out of trouble when things turn ugly.

“The time when most of you should withdraw into yourself is when you are forced to be in a crowd.” ~ Epicurus

Someday, I will be telling my grandkids the story of how I managed to stay safe and healthy in a soon-to-become rowdy crowd. And they will be like, “Please tell us more about your narrow escape from the mob”. When I say grandkids, I mean the genetically created beings that will be raised by robots in a world where the human population is surpassed by that of humanoids and super-clones. The idea of a large crowd would be as alien to these future creatures as it is for us to find a ultra clean public toilet. My reply to their incessant request would be, “you lazy brats, why don’t you read about it in the piece I wrote on safety in crowded areas. Prompt will come the answer, “You mean the one with the torturous introduction where you kept on beating about the bush?”. That’s why, I hate kids. They are in-your-face honest.

Anyway, I did have a narrow escape from a crowd that turned into a mob in a matter of minutes. Without digressing anymore, I shall skip the tale of my close call, and directly come to the point.

How to Remain Safe in Large Crowds 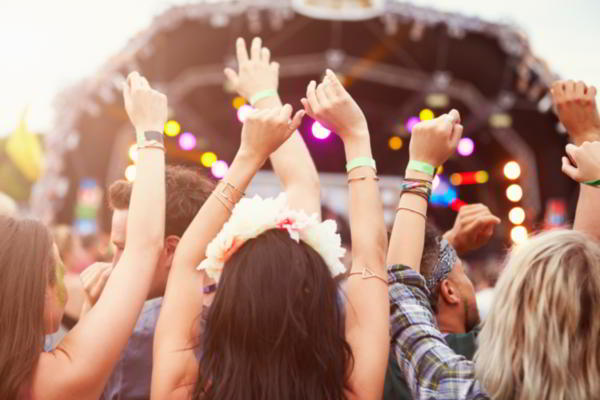 Before you go to any concert or participate in a large gathering to protest or celebrate, you need to know something about your surroundings and the people with whom you are going to march forward or spend some time. Study the exits of the areas as soon as you reach the venue of the gathering, and also orient yourself with the landmarks. For this purpose, your group needs to arrive at the spot before the majority of the crowd arrives. Moreover, keep an eye on the weather.

Communicate with your group 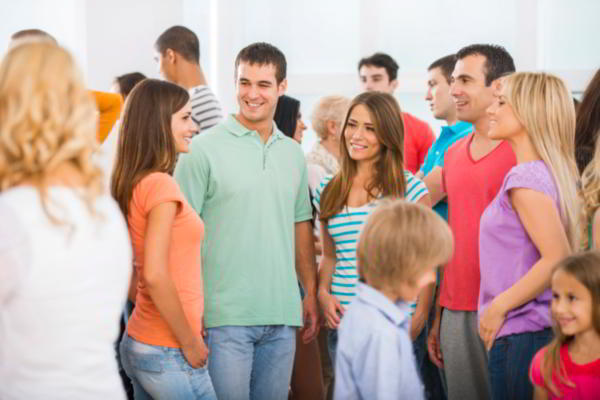 If you are in a group or with your children, first communicate with them about the safety precautions. Make sure you have their phone numbers and they know yours too. Instruct the kids to hold your hand as soon as they sense anything wrong and ask them not to lose sight of you. As there are a lot of factors involved which are beyond your control, you can keep yourself prepared and stay vigilant for any mishap waiting to occur. Decide a place where you people can meet if you are separated from each other.

Make sure there is enough space

Enclosed areas with a space crunch, can create a problem for a crowd. Each of us have personal territory. When this territory is invaded, we feel threatened. The same thing happens with a crowd. With increase density, the personal space for each reduces, which in turn makes the crowd hostile. A trigger can turn this crowd into a mob, and violence can ensue.

Go with the flow of the crowd 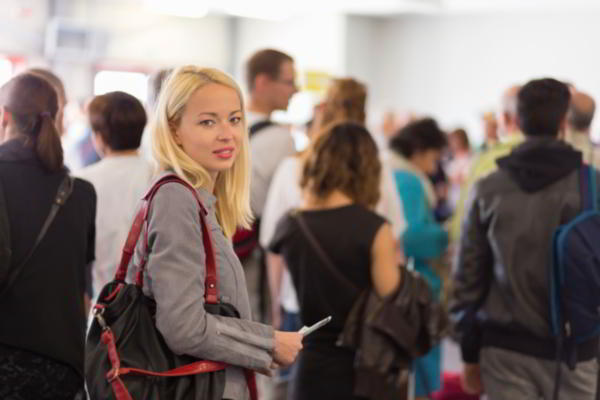 A large crowd is very much like a furious river, it doesn’t stop for anything less than a mountain. So, your best tactic is to go along with the crowd, and not against it. If you walk in the opposite direction of the crowd’s march, you will face more resistance. People in the middle of a large crowd move faster than the ones on the fringes of the gathering.

If you are afraid of an impending stampede, find a cover where you can hide. Try to go sideways until you find a place which has a relatively lesser density of people, until you see an exit or contact the authorities who can help you.

If you fall down and crowd is moving, protect yourself by curling into a ball

In case of a stampede or even moving crowd that doesn’t wish to stop, the best thing is to remain standing on your feet. However, if you do find yourself facing the ground, ensure that you make yourself as small as possible by curling into a ball. This way, you might get injuries but your face and other internal organs might still be protected. If others trip over you, there will be bigger pile of people which the crowd would like to avoid.

Say no to crowd surfing, stage diving, and moshing

Activities like these can result in grievous injuries and it is advised to avoid them. Most places have also banned these activities and individuals who indulge in it run the risk of getting ejected from the venue.

Stay away from suspicious, intoxicated or troublemaking people

If you have spotted someone who, according to you, is acting fishy with regards to safety, then you may inform the authorities. Large crowds attract troublemakers, be it criminals or drunkards. You need to remain vigilant and be on the lookout of any untowardly sign. Keep your belongings with you at all times.

If you feel you are being pushed by the crowd, then you probably are. As soon as you sense danger, get out from there. Go to a safe area, like your home or any place where there is no spillover crowd from the assembly. If you are feeling sick or overheated, it is best to move away from the crowd. Make sure you inform people who are with you about your health conditions so that they know when and how to help you.

In a crowded area, it is usually safer than it appears. Remember, a mob is never premeditative; it is impulsive and hard to control once it spins out of control. The best thing is to remain calm and patiently await your turn to enter or exit the area. 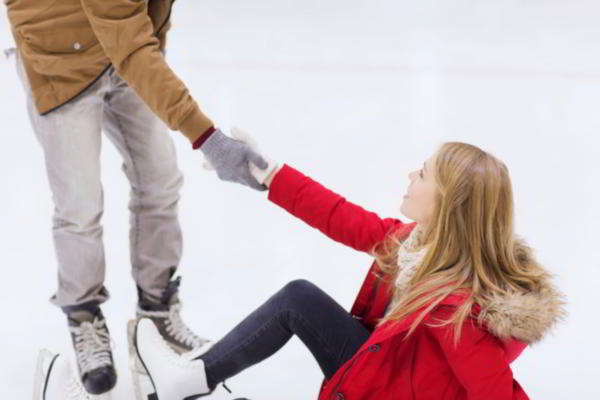 If you see anyone come into harm’s way, you should help them without jeopardizing that person’s and your safety. Suppose someone has fallen into the ground, you can assist him/her. You may hold the hands of others after asking their permission so that you all can get of there safely.

Exit before the curtain falls

At the end of an event, there is a rush to leave the premises of the stadium or building as soon as possible. You should leave before the time becomes ripe for mishaps. However, if you end up staying late, it is wiser to wait at a safe area and let the crowd pass and then only egress the area.

So the next time you voluntarily or involuntarily become a part of a large herd, keep these points in mind and have a wonderful time by being smarter than the crowd.