Thyroid stimulating hormone (TSH) is responsible for an optimum production of thyroid hormones. The amount of TSH in blood serves as important parameter to detect disorders of the thyroid gland. The current article provides a chart depicting the normal TSH levels along with the conditions indicated by abnormal levels. 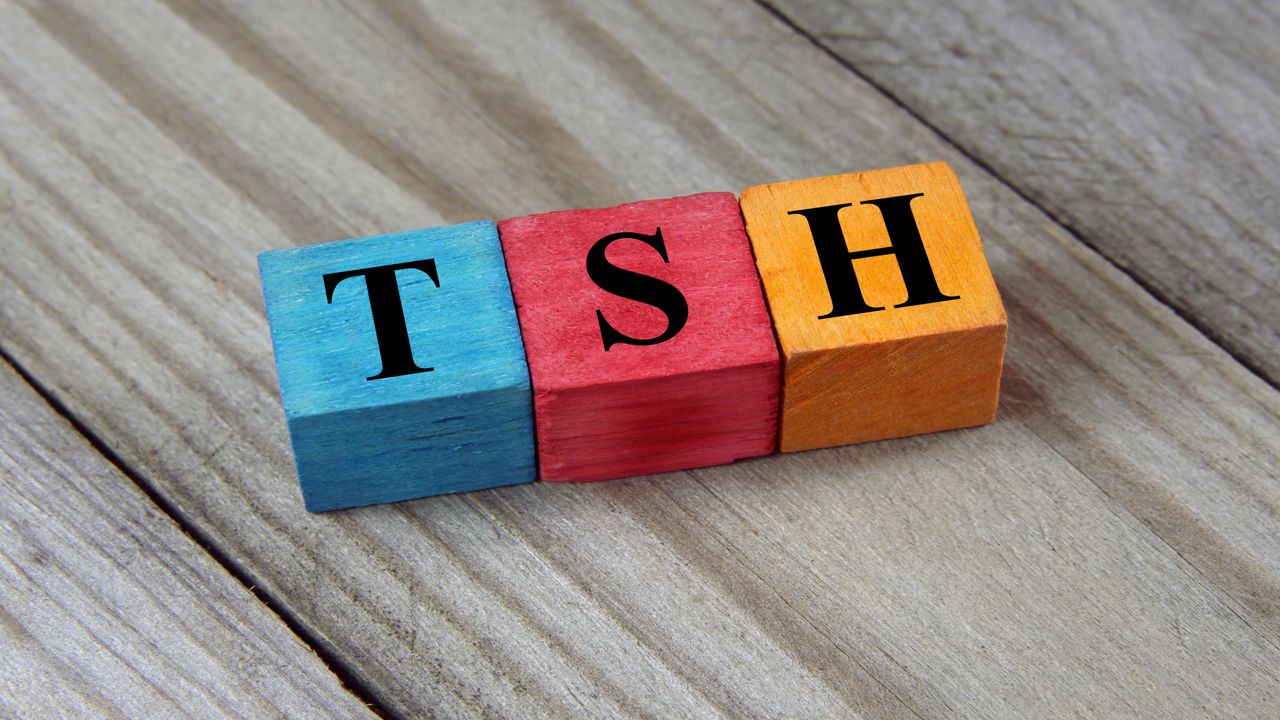 Thyroid stimulating hormone (TSH) is responsible for an optimum production of thyroid hormones. The amount of TSH in blood serves as important parameter to detect disorders of the thyroid gland. The current article provides a chart depicting the normal TSH levels along with the conditions indicated by abnormal levels.

Thyroid stimulating hormone, or TSH, is a glycoprotein hormone secreted by the pituitary gland, and is responsible for maintaining the appropriate levels of thyroid hormones in the body. It stimulates the thyroid gland to secrete T4 (thyroxine) which is converted to T3 (triiodothyronine) in the target tissues. T4 and T3 play an important role in almost every metabolic and endocrine activity of the body, and are crucial for the normal growth and development of an individual.

The production of TSH is controlled by thyrotropin-releasing hormone (TRH), which is secreted by hypothalamus, and acts on the anterior pituitary gland. The antagonist of this hormone is called somatostatin, which is also produced by the hypothalamus. An imbalance in the production and secretion of these two hormones influences TSH levels. Also, improper functioning of the thyroid gland as well as defects in conversion of T4 to T3 affects the amount of TSH secreted by the pituitary gland. The chart given below provides the normal range for TSH levels, as given by the National Academy of Clinical Biochemistry (NACB).

The TSH levels in full-term newborns are as high as 60 mIU/L within 30 minutes of delivery. The amount of TSH then rapidly decreases during the first five days, and falls below 10 mIU/L.

Note: The exact reference range for TSH may vary with the diagnostic center, country, as also the symptoms experienced by individual patients. Certain labs follow a reference range of 0.4 – 5.0 mIU/L, whereas the American Association of Clinical Endocrinologists (AACE) recommends a range of 0.3 – 3.0 mIU/L. Nevertheless, TSH levels above 2.0 mIU/Lindicate a risk of developing hypothyroidism, and such individuals are advised to monitor their TSH, T4 and T3 levels on a regular basis.

Pregnancy involves a complex interplay of various hormones, and is characterized by several endocrine changes. TSH is no exception to this, and its levels vary with each trimester of pregnancy. During the first trimester, there is an increase in the activity of thyroid gland owing to the human chorionic gonadotropin (hCG) hormone. Hence the TSH levels decrease, and the T4 levels increase. This is essential because the fetus depends on maternal thyroid hormones during the first trimester.

By the second trimester, the fetal thyroid gland develops, and the fetus produces its own thyroid hormones. As a result the second and third trimesters witness a fall in the levels of T4 and T3 along with an increase in TSH levels.

Owing to such changes, the normal reference range defined for adults cannot be used to diagnose thyroid diseases in pregnant women, and it is imperative to define a trimester-specific reference range. Hence, the American Thyroid Association recommends clinicians to use a range defined by obtaining data from populations with optimal iodine intake. For labs where such ranges are not available it recommends the following reference ranges. (However, along with this recommendation it also states that there is no conclusive evidence to support it.)

The secretion of TSH is regulated through a negative feedback mechanism involving the thyroid hormones. Increase in thyroid hormones beyond a specific threshold inhibits the secretion of TSH. Hence TSH alone cannot be used to diagnose a thyroid disorder correctly, and the levels of FT4 (Free T4) or TT4 (Total T4) and/or T3 have to be considered as well. In certain labs a reflex TSH test is offered which includes the measurement of FT4, TT4 or FT3 levels in the event of an abnormally high TSH level being detected. This helps to save the time spent by the patient in waiting for the results, then discussing them with the concerned medical expert and returning for further tests for T3 and T4.

Given below are the interpretations for abnormal TSH and FT4 levels.

NACB has defined the following reference ranges for FT4:

Mild or subclinical hypothyroidism implies a mild increase in the TSH levels along with normal T4 levels. It is generally asymptomatic but can progress to severe primary hypothyroidism, and may also lead to cardiovascular and neuropsychiatric problems.

Primary hypothyroidism is characterized by an elevated TSH level which indicates lowered function of the thyroid glands. This results in low production of thyroid hormones. Hence the high TSH is accompanied with a decrease in T4 levels.

Secondary hypothyroidism is the condition arising due to a failure in production of TSH by the pituitary gland. As a result, the thyroid function test of such individuals reveals low TSH and T4 levels.

Mild or subclinical hyperthyroidism is a condition with low TSH but normal T4 levels. This may arise due to exogenous TSH suppression or due to endogenous causes like Graves disease, multinodular goiter, etc. The patient may or may not experience any symptoms of hyperthyroidism. However, this condition indicates a risk of developing hyperthyroidism as well as cardiac and bone disorders.

The levels of TSH, T4 and T3 are indicators of disturbances in the normal functions of thyroid gland, and aid the diagnosis of several endocrine disorders. Malfunctioning of this crucial gland has harmful effects on several metabolic activities of the body.

Disclaimer: This WellnessKeen article is for informative purposes only, and should not be used as a substitute for professional medical advice.