Take a Look at the Causes and Symptoms of Adnexal Cyst

Adnexal cyst also referred to as an ovarian cyst, is a common condition faced by most women of all ages. Sometimes, these cysts show no symptoms, while sometimes they are accompanied by severe abdominal pain. This article deals with the causes, symptoms, diagnosis, and treatment of this medical condition. 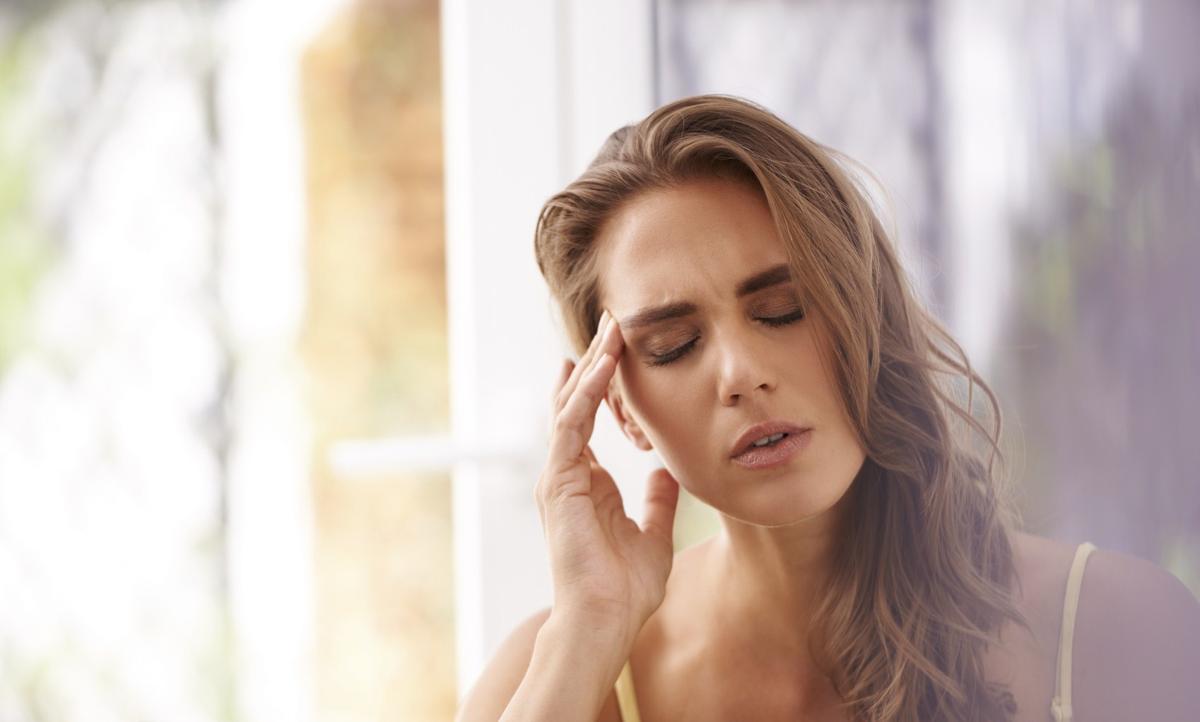 Adnexal cyst also referred to as an ovarian cyst, is a common condition faced by most women of all ages. Sometimes, these cysts show no symptoms, while sometimes they are accompanied by severe abdominal pain. This article deals with the causes, symptoms, diagnosis, and treatment of this medical condition. 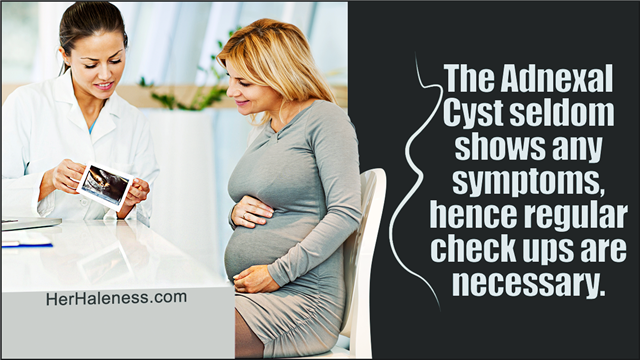 The Adnexa is a region that is adjacent to the uterus, connecting to the ovaries, associated blood vessels, ligaments, connective tissues, and fallopian tubes. These cysts show no symptoms at times, hence a radiologic test and a physical examination is required for the detection of these cysts. An adnexal cyst is a formation of a tumor in the adnexa. These masses can either be cancerous or non-cancerous. Several tests need to be performed to identify, whether these cysts are malignant or benign.

In most women, the adnexal cyst produces no symptoms at all. It is often reported accidentally during a routine gynecological examination. In very few cases, symptoms may induce pain in the pelvic region. At times, a cyst may be the result of a metastatic disease in other parts of the body, such as the breast or stomach. In case of premenopausal women, an adnexal cyst may cause irregularity in periods. Rarely, bleeding may occur at the site of the cyst. A large cyst often imposes pressure on the bladder or rectum. This makes it pretty difficult to urinate and may also lead to constipation. Increased frequency of urination is yet another symptom of this condition. Gastrointestinal disorders are common in cases of malignant adnexal cysts.

A fibroid is a non-cancerous tumor that develops from the uterine muscle. The size of these tumors ranges from millimetres to centimetres. They develop, either as a single fibroid or multiple fibroids. Uterine fibroids develop in response to hormones, such as progesterone and estrogen. These hormones are secreted in the body, mostly by birth control pills. They are more common in African Americans than Asians or Caucasians. A fibroid within the cervix is called a cervix fibroid. Leiomyosarcomas, a cancerous tumor also stems from the muscles of the uterus. However, benign fibroids do not turn into malignant ones and are very uncommon in occurrence (less than 1 percent of the female population suffers from leiomyosarcomas).

Fibroma is a benign solid tumor that occurs in the ovary, lungs and the abdomen. Fibroma is commonly seen in adults of either sex. It is a benign tumor growth of fibrous or connective tissues. It is the result of unreasoned and uncontrolled cell growth, or irritation and injury. It is more common in postmenopausal women.

The uterus consists of three layers – outer layer: serosa, the middle layer: uterine muscle, also known as the myometrium, and the innermost layer: endometrium, which lies in the cavity of the uterine. This layer is shed during menstruation. Hence, these cysts contain a tissue from the uterine lining or from the endometrium. The fluid inside this cyst is the old blood that is produced from the endometrium tissue. This cyst is also known as ‘chocolate cyst’, due to it chocolate appearance.

A functional cyst is more likely to develop when the ovary changes its way of producing or releasing an egg. There are two types of functional tumors; follicular (simple) and luteal (corpus luteum). The simple tumor develops when an egg sac does not release an egg. This causes it to swell, with the fluid, either inside or on the surface of the ovary. The corpus luteum cyst develops when the remains of the egg follicle fail to dissolve and continue to swell.

While some women do not experience any symptoms, others may face the following ones:

Hydrosalpinx is actually a fallopian tube that is filled with fluid due to an infection or injury. There are several reasons that lead to infection of the fallopian tube. The residue prior to a sexually transmitted disease, like gonorrhoea or chlamydia, ruptured appendix, and excessive buildup of tissue due to endometriosis, are some of its causes. Previous abdominal surgeries also encourage hydrosalpinx.

A dermoid cyst is a sac-like growth. It usually looks like teeth, hair, fluid, bone, fat, etc. Mostly, women between the age of 20 and 40 years are faced with such cysts. If brain, bone tissues, or glands are present, then the tumor is considered malignant. Dermoids can be present since birth but are noticed in adulthood. They grow between 2 and 4 inches in diameter.

These cysts are not painful unless they are ruptured.

This is an infected lump of puss in the fallopian tube or the ovary. It is mainly caused due to the infection pushed up to the reproductive tract from the vagina. A Tubo-ovarian Abscess is developed by the formation of puss in the ovaries and tubes.

Cancer from the gastrointestinal tract or breasts is most likely to spread to the adnexal region. It is also likely to develop in the fallopian tube and the ovaries.

Ectopic pregnancy is a pregnancy that forms outside the uterus. In this case, conception occurs, mostly in the fallopian tube, which causes excruciating pain.

Some tumors are benign, while some others might produce high levels of different hormones, such as Sertoli-Leydig cell tumors produces androgen or male hormones, granulosa cell tumor produces estrogen or struma ovarii that produces thyroid hormone.

The medical history of the woman plays a vital role in the diagnosis of an adnexal cyst. Irregular periods, long phases of amenorrhea etc., are indicative of the possibility of an ovarian cyst or polycystic ovarian disease. An extensive pelvic examination is required to affirm the possibility of an adnexal cyst. It is also important to identify the type of cyst, so that, the course of treatment can be decided. An instrument called speculum is widely used in the diagnosis of these cysts, which widens the vagina so that the doctor can have a better view of the pelvic region. If the doctor suspects a neoplasm, then he might ask you to go for an ultrasound or pelvic sonogram. Ultrasonography successfully detects any abnormal growths in the adnexal region.

If the symptoms don’t show, the treatment is not necessary. Fibroids tend to shrink after menopause and hence, the symptoms are likely to disappear completely.

Serial ultrasounds should be carried out and examined to observe the growth of these cysts. Birth control pills may be recommended to stop ovulation and formation of these cysts. A cyst tends to dissolve with time, hence, treatment may not be necessary.

These tumors demand surgery, as they generally do not heal with medication. If the cyst is small enough, it can be removed through laparoscopy.

Depending on the growth, initially, the doctor’s guidance is very important. After diagnoses and observations, the doctor will either prescribe medication or advice surgical removal. This will solely depend on the severity of the cyst and the medical history of the patient.

The patient has to strictly seek advice and treatment only from an oncologist.

If the cysts subside on their own, then no treatment is required. Some cysts are often harmless, but may take their own time to resolve. Oral contraceptives may be prescribed to fasten this process in women of reproductive age. The cysts in postmenopausal women need supervision for quite some time. They need to be closely monitored for their growth rate and occurrences of new tumors. They can be removed by surgery. If the cyst is found to be present in a young girl (this is possible, as they can be found even in the female fetus), then surgery is the only option to cure it.

Adnexal cyst is a pretty generic term that does not indicate the magnitude of seriousness. Since, they are often detected during routine examination, it is important to get yourself routinely examined by your gynecologist, more so, if you are above 40 years of age. Also, any irregularities in pattern or duration of menstruation should also be reported.

Disclaimer: This article is for informative purposes only and does not, in any way, intend to replace the advice of a medical professional.