Appendicitis is a condition, in which, the appendix becomes swollen and inflamed. Acute appendicitis during pregnancy is the most common surgical emergency. This HerHaleness article helps you learn about the condition, its symptoms, diagnosis, and treatment. 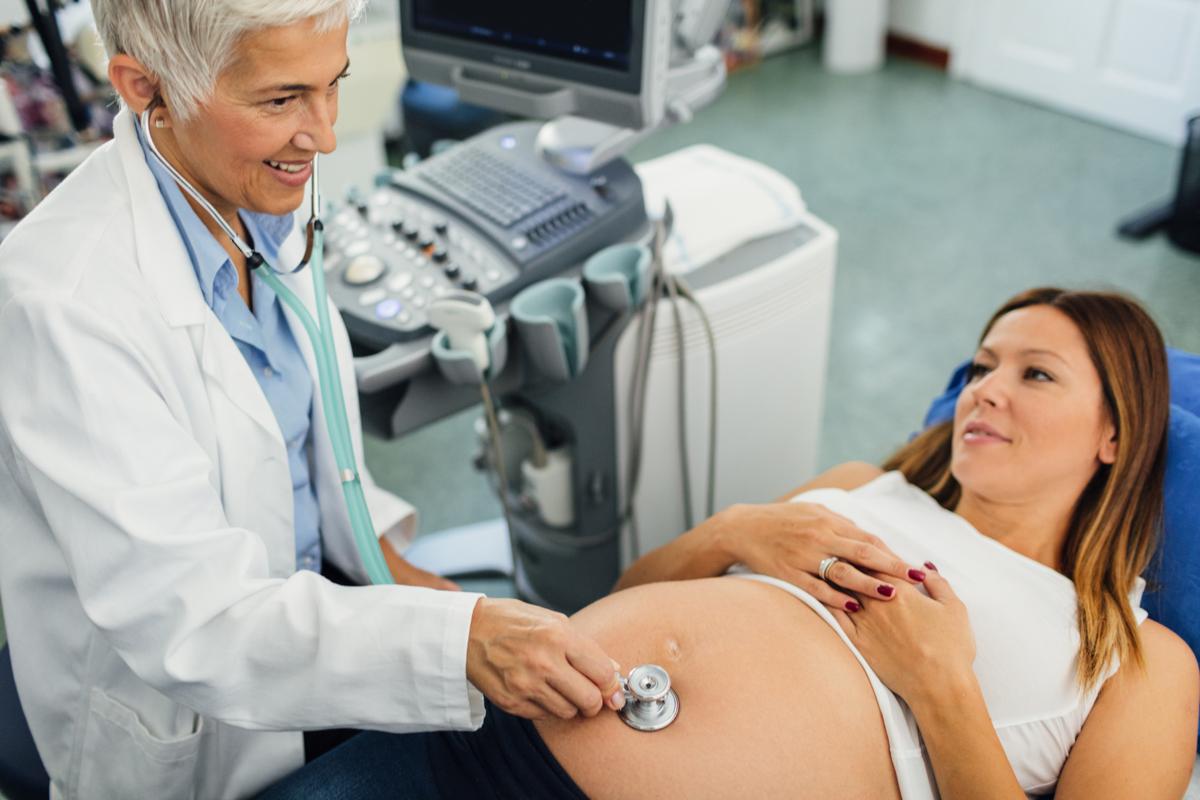 Appendicitis is a condition, in which, the appendix becomes swollen and inflamed. Acute appendicitis during pregnancy is the most common surgical emergency. This HerHaleness article helps you learn about the condition, its symptoms, diagnosis, and treatment.

The appendix is located in the lower right area of the abdomen. It is a small protrusion in the shape of a worm-like pouch and is attached to the large intestine. The functionality of appendix is unclear, especially since its removal does not seem to affect a person’s health in any way. However, new studies are exploring the possibility that the appendix may contain and protect bacteria that are beneficial in the function of the human colon. The most common form of treatment for appendicitis is surgery, which includes removal of the appendix.

If a pregnant woman experiences pain in the area to the right side below her abdomen, it is likely to indicate appendicitis, as that is the most common symptom irrespective of gestational age. The abdominal pain experienced as a result of this condition, has a few defining characteristics. It usually occurs suddenly, and if it starts at night, then it causes a person to wake up with a start.

This pain may start near the belly button, and then move lower and to the right. As time progresses, the pain quickly progresses in severity. It makes simple movements as well as taking deep breaths, coughing, or sneezing, extremely painful. The debilitating pain induces other changes, such as loss of appetite, nausea, and vomiting, which may be viewed as other symptoms of the condition.

Pregnancy makes appendicitis more difficult to diagnose. The altered state of the body makes it difficult to detect this condition. The displacement of the appendix by the uterus and increased separation of the visceral and parietal peritoneum, decreases the ability to localize tenderness during a physical examination. The possibility of other conditions, such as pyelonephritis and twisted ovarian cyst, also need to be considered. Additionally, physiological changes that take place in pregnancy, such as leukocytosis (raised white blood cell count) and a reduced tendency to develop hypotension, and tachycardia can worsen the condition.

Also, some of its symptoms, such as nausea and vomiting are similar to those experienced during pregnancy. Despite all these spokes, the patient’s history and physical examination are useful indicators of appendicitis. Responses of rebound tenderness and guarding, that usually indicate this health problem are considered less common in late pregnancy, due to the loosening of the abdominal wall muscles. Ultrasonography might prove useful during the first trimester, in detecting this problem.

Surgery needs to be performed early for best results. Rupture of the appendix can be dangerous for the mother and her baby. Immediate surgery, along with perioperative antibiotics, can be vital in preventing the bursting of the appendix, and reduce the hazard it would present to both lives. A laparoscopic appendectomy or an open appendectomy may be performed, depending on what is best for the mother.

Though both are considered equally safe, if conditions allow, laparoscopic surgery has the advantage of lesser narcotic use, better intraoperative visualization, reduced postoperative pain, quick return of bowel function, early ambulation, and a shorter stay in the hospital after the surgery. However, it does raise a few concerns, including increased intra-abdominal pressure and the use of carbon dioxide pneumoperitoneum.

Labor can arise during or after surgery, although, preterm delivery is rare. In some cases, threatened premature labor has been due to a ruptured appendix. In such cases, emergency operation with the use of antibiotics was the best treatment. There have been cases, wherein, delay in operating has led to premature delivery.

A pregnant woman exhibiting any of the symptoms, should contact her medical practitioner immediately. The health of the mother and her baby depends on proper care and prompt attention.