One of the common complaints that women have during pregnancy are lumps in the breast. It is important not to panic in such a condition as more often than not it is a benign condition.

One of the common complaints that women have during pregnancy are lumps in the breast. It is important not to panic in such a condition as more often than not it is a benign condition. 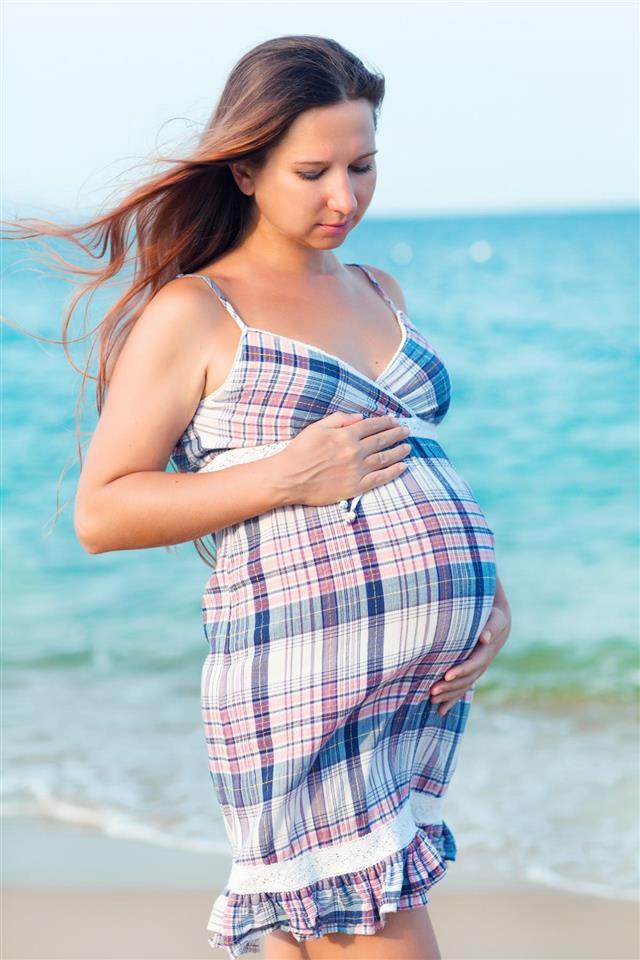 When a woman is pregnant, there are many changes taking place in her body, apart from the fetus growing in the uterus. In the nine months preceding childbirth, the body is preparing itself for lactation. Therefore, it is not uncommon to see lumps appearing in the breast during pregnancy. They are often prominently seen during the last trimester as the due date approaches. I would like to bring it to your notice, that lumps in breast, nipple discharges or other changes in breasts seen during the pregnancy period often are not a reason for concern.

During pregnancy, the milk ducts ready themselves for breastfeeding, due to which the breasts also become larger in size and heavy, because of the presence of extra fluid in the ducts. They tend to become tender and are also very sensitive. In certain cases, the darkened veins on the breasts may also be visible. The darkened veins are as a result of increased supply of blood to the breasts. Yellow, thick secretion may be seen from the nipples, often starting during the second trimester. Breast lumps may be seen during pregnancy, as they can also be seen before or during a menstrual cycle. The lumps are often seen closer to the nipples and are located on the upper side of the breast.

Causes of Breast Lumps During Pregnancy

The most common cause of formation of breast lumps in pregnant women is swelling of the milk producing glands. The swelling may cause the breasts to feel lumpier. The breast lumps that hurt may also be caused due to clogging of the milk ducts. You may want to look for symptoms, where the lumps are red in color, tender to touch, etc. However, they are not a reason for worry and it is a common condition, as most women do go through this condition during pregnancy. Often using a warm compress or massaging the affected area helps in relieving the condition in a couple of days.

In rare cases, women may suffer from fluid filled sacs during pregnancy, which is commonly known as cysts in the breast. This condition is often seen in women, who are above the age of 35. The cysts often enlarge and become painful. The most common symptom of cysts is that they appear in both the breasts. In most cases, special treatment is not necessary for the cysts and they go away on their own. However, in some cases, if they refuse to go away, then fluid may have to be drawn out of the cyst using a needle.

One of the breast lump types is fibroadenoma, which is a condition that affects women during pregnancy or when they are breastfeeding. In this the lumps are situated closer to the surface and can be felt easily. The firm and hard lumps in the breast during pregnancy are often a case of fibroadenoma. Although firm and hard, they are smooth to touch. They are normally round in shape and move from its place easily. It is more or less like a rubbery mass, which may or may not be painful. One does not have to take any measures to get rid of the lumps, as they disappear on their own. Only in case they do not go away on their own, measures will have to be taken to get rid of them.

In 0.01 to 0.03 percent, breast cancer can be detected during pregnancy. Cancer during pregnancy is detected in women, who have delayed childbearing till they are in their late 30s or early 40s. It can be attributed to the fact, that older women are more prone to breast cancer, as opposed to their younger counterpart.

Although the breast lumps in pregnant women are benign in most of the cases, it is important that a pregnant women continues to examine her breasts at regular intervals through the pregnancy period. If you are suspicious of the lumps found, then it is best to bring it to the attention of the health care professional. To be on the safer side, the physician may recommend a mammogram to rule out any serious condition.