Cooking With Alcohol While Pregnant

Many savory recipes require alcohol as an important ingredient, without which, the dish would be incomplete. So, is it safe to continue cooking with alcohol while pregnant? If you want the answer to this question then, read on... 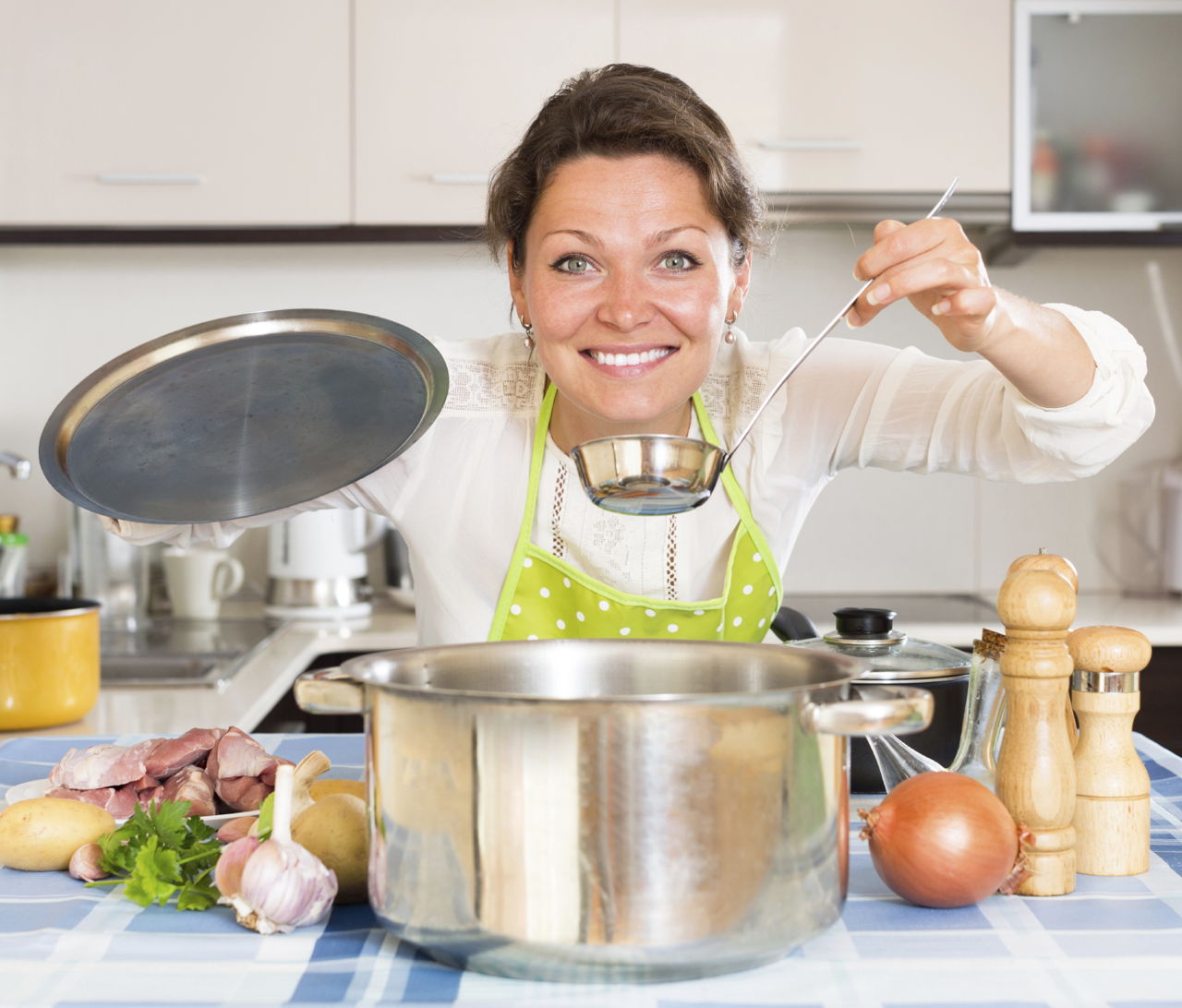 Many savory recipes require alcohol as an important ingredient, without which, the dish would be incomplete. So, is it safe to continue cooking with alcohol while pregnant? If you want the answer to this question then, read on…

As we all know, there are numerous irreversible effects of drinking alcohol while pregnant. It can cause numerous health complications for both the mother as well as the unborn baby. Regular intake of alcohol might cause complications like miscarriage, stillbirth and birth defects in newborns. Keeping the same thing in mind, using alcohol for cooking seems a faraway concept for pregnant women. But seriously, can you imagine eating those mouth-watering recipes like bouillabaisse stew, apple beignets, Dijon flambe and delicious black Russian cakes, if they are made without alcohol? Certainly these dishes would never taste the same without alcohol in them.

Cooking With Alcohol While Pregnant: Right or Wrong

There are a lot of people who claim that cooking with alcohol is safe for pregnant women. This assumption has been proved wrong by a lot of researchers. It is generally assumed that alcohol, which is used in preparing various recipes burns out, evaporates or cooks out of the recipe, when it is prepared. The real reason behind this assumption is lower boiling point of alcohol. Since alcohol evaporates quickly, it is gone as the food is cooked. As an explanation to this, experts claim that although water has a low boiling point, it does not get completely vanished from food. The same theory is applicable to alcohol. According to The Agricultural Research Services of the United States Department of Agriculture, any thoroughly cooked food dish made using alcohol still contains at least 25% of its entire amount. In other words, if you use one cup of alcohol while preparing a particular dish, your food is likely to contain ¼ cup of alcohol on cooking. However, experts do suggest a few solutions for cooking food with alcohol and eating food cooked with alcohol, while pregnant.

There are a lot of health food chefs and dietitians who claim that removing or cooking out entire amount of alcohol from a dish, is next to impossible. Having said that, they also advocate that since most of the recipes call for a small amount of alcohol, it hardly causes any intoxication for pregnant women as well as their unborn babies. Hence, according to many of them, there is no harm in cooking with alcohol when you are using it in moderation and in the amount that is demanded by the recipe. You will come to know that most of the recipes that are cooked for 4 to 6 people call for mere ¼ cup to ½ cup of alcohol, which negates the possibility of any sort of intoxication for a single serving. Various teratologists also claim that if a woman consumes small desserts or small servings of food cooked with alcohol while pregnant, she does not put her unborn child at the risk of serious consequences like fetal alcohol syndrome and other fetal alcohol spectrum disorders (FASD). What is important to understand here is the serving size and frequency of eating foods that are cooked with alcohol. Eating and cooking with alcohol while pregnant is only safe when you do it once in a while and not on a daily basis.

Since, women need to take utmost care during pregnancy, another question that crops up is, can alcohol be substituted by some other ingredient while cooking? Well, there are a lot of women who replace required type of alcohol with substitutes like vanilla essence, which sometimes contains more than 25% of alcohol! Hence, finding a solution or perfect substitution for alcohol in cooking is definitely a tricky job. There are many options that act as useful substitutes for alcohol in cooking. For instance, meat broths or stocks, white grape juice and/or ginger ale for beer, apple cider for brandy, sparkling cranberry juice for champagne, pear, peach or apricot juice for cognac, combination of white grape juice and lime juice for vodka, pineapple juice or non alcoholic vanilla extract for sherry, white grape juice for white wine and red grape juice for red wine, etc. are some cases where alcohol can be replaced. White grape juice is the most common alcohol substitute, for non alcoholic cooking. However, it is important to understand that replacing alcohol from cooking is nothing but replacing its original flavor. Alcohol does bring out distinct flavors in a dish and replacing that flavor is not always a wise bet. Furthermore, according to the dietitians, consuming casserole cooked dishes, crockpot recipes and slow cooker recipes reduce the amount of alcohol content. So, you might like to try these as well.

You may consume small servings of foods and desserts that are made using alcohol, but not on a regular basis. And, as a precaution, it is always best to consult a dietitian and an obstetrician rather than regretting any act of negligence later on.