Heartburn symptoms have a lot of similarity with the symptoms of a heart attack. For this reason, many people panic when they experience a burning chest sensation. This article will draw in more details on the symptoms that women experience when this condition comes about. 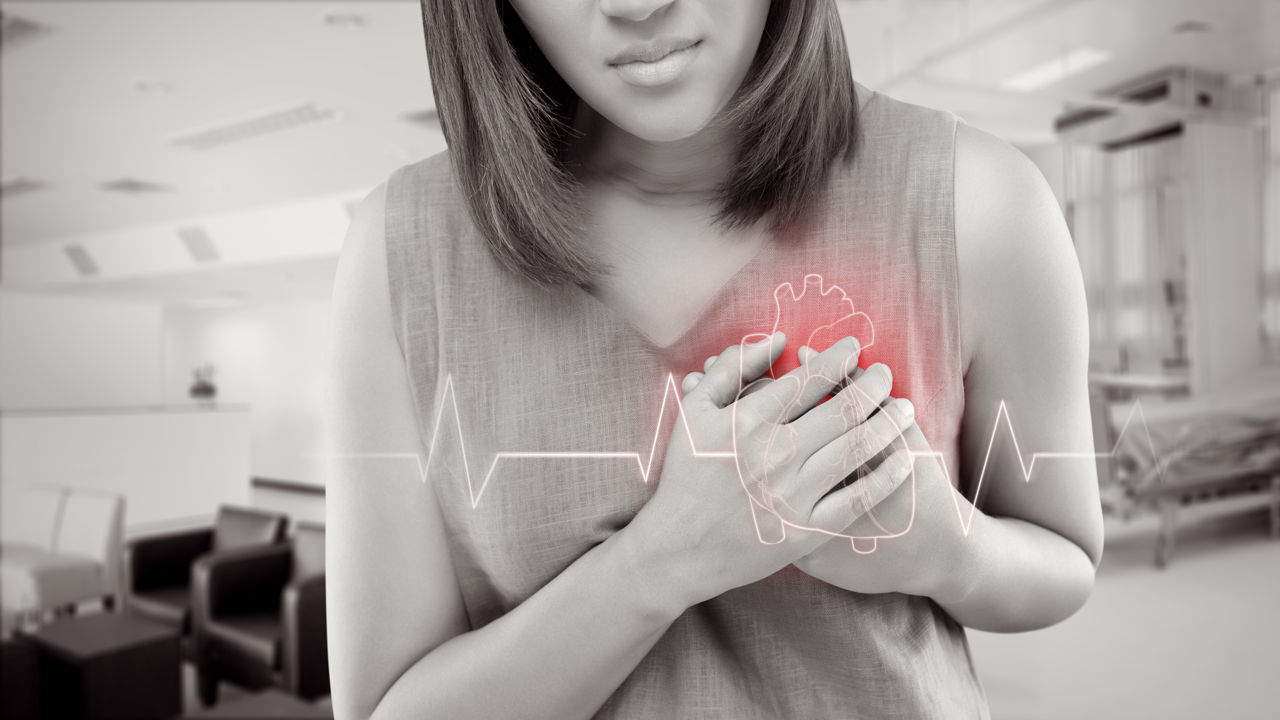 Heartburn symptoms have a lot of similarity with the symptoms of a heart attack. For this reason, many people panic when they experience a burning chest sensation. This article will draw in more details on the symptoms that women experience when this condition comes about.

Heartburn is also known by other names such as gastroesophageal reflux disease (GERD) and acid reflux disease. The burning sensation is caused by the hydrochloric acid present in the stomach. This acid is helpful in the digestion of food. However, if it is pushed back from the stomach to the esophagus, then it irritates the highly sensitive lining of the food pipe and heartburn is experienced. Research studies have shown that women are severely more affected by this digestive problem than men because the levels of those hormones which facilitate digestion undergo frequent changes in women. Pregnant women, in particular, and women with hiatal hernia or a bulge in the upper portion of the stomach are prone to this disease.

Symptoms are mostly observed at night just after the meals and may continue to make way till late night. One of the most common symptoms is a sharp burning sensation which runs down from the base of the throat to the other end of the breast bone. Usually, it subsides after 20-30 minutes, but sometimes, it lasts for several hours. It tends to get aggravated if you bend over, lie flat, or slouch. It becomes more troublesome while eating and sleeping.

A sour taste is felt inside the mouth due to the reflux of stomach acid and it often gets extended to the back of the throat. It can be so bad that one starts experiencing nausea. Many women suffering from heartburn develop a sore throat as well. The soreness in the throat in turn triggers a cough. It also leads to pain while swallowing. Some women get a strange discomfort as if some food particles are stuck inside their throat. Another symptom is a sense of fullness because of which patients lose interest in eating.

Heartburn can happen any time during pregnancy, but its probability increases manifold during the second and third trimesters. This is because during this time, the uterus grows and this puts a lot of pressure on the stomach. Another factor that triggers heartburn in pregnant women is the rise in the level of the progesterone hormone. This pregnancy hormone is responsible for weakening of the lower esophageal sphincter (LES) muscle that lies at the junction of the esophagus and stomach. This sphincter muscle prevents back flow of stomach acid. As it is relaxed, more and more gastric juices are pushed into the esophagus, resulting in heartburn. If you are pregnant and have not eaten anything for several hours, then you might suffer from heartburn because of an empty stomach. A stinging sensation mostly starts from the chest area and stretches up to the throat. When the burning pain is confined to the heart region, it could be due to eating spicy food. Some pregnant women complain of a pain in their arms as well. Other accompanying symptoms include excessive sweating, weakness, shortness of breath and back pain.

Drinking a glass of water is the simplest way to alleviate the annoying GERD symptoms. Many women get a lot of relief with the help of chewing gum as it promotes production of saliva inside the mouth, which has bicarbonate present in it. The basic nature of salivary bicarbonate neutralizes the gastric acid secreted by the stomach. Antacid is considered as the best medicine for treatment. There are some antacids which lead to side effects like constipation and diarrhea. So, you should consult your doctor before taking them. Pregnant women should strictly avoid antacids that have iron, magnesium or calcium in them. They should rather opt for some natural cures. For instance, drinking a cup of herbal tea or chewing a small piece of fresh ginger root can provide relief from the discomfort.

Any woman who is suffering from heartburn should follow a GERD diet and avoid spicy, fried foods and caffeine completely. Instead of stuffing the stomach with food at a time, she must take small quantities of food after regular intervals. Excessive intake of liquids is not good while eating. She should not lie down or sleep immediately after having dinner. Walking a while after eating helps in prevention of heartburn. She should sleep with her head elevated so that the acid in the stomach is brought down by gravitation. Heartburn cannot be prevented in pregnant women as it is triggered by hormonal secretions and uterus growth. However, with proper diet and these measures, the severity of its symptoms can be controlled to some extent.

Though heartburn could be a minor indigestion problem, it should not be neglected. Excessive acid in the esophagus can lead to more serious conditions like esophageal bleeding and even ulcers or scars in that region. If any woman is bothered by the above-mentioned symptoms persistently, she should visit her doctor for proper treatment.