Psoriasis sufferers in Asia and the Middle East are finding remarkable relief from their symptoms, thanks to schools of tiny little fish who nibble their problems away. Details, in this write-up... 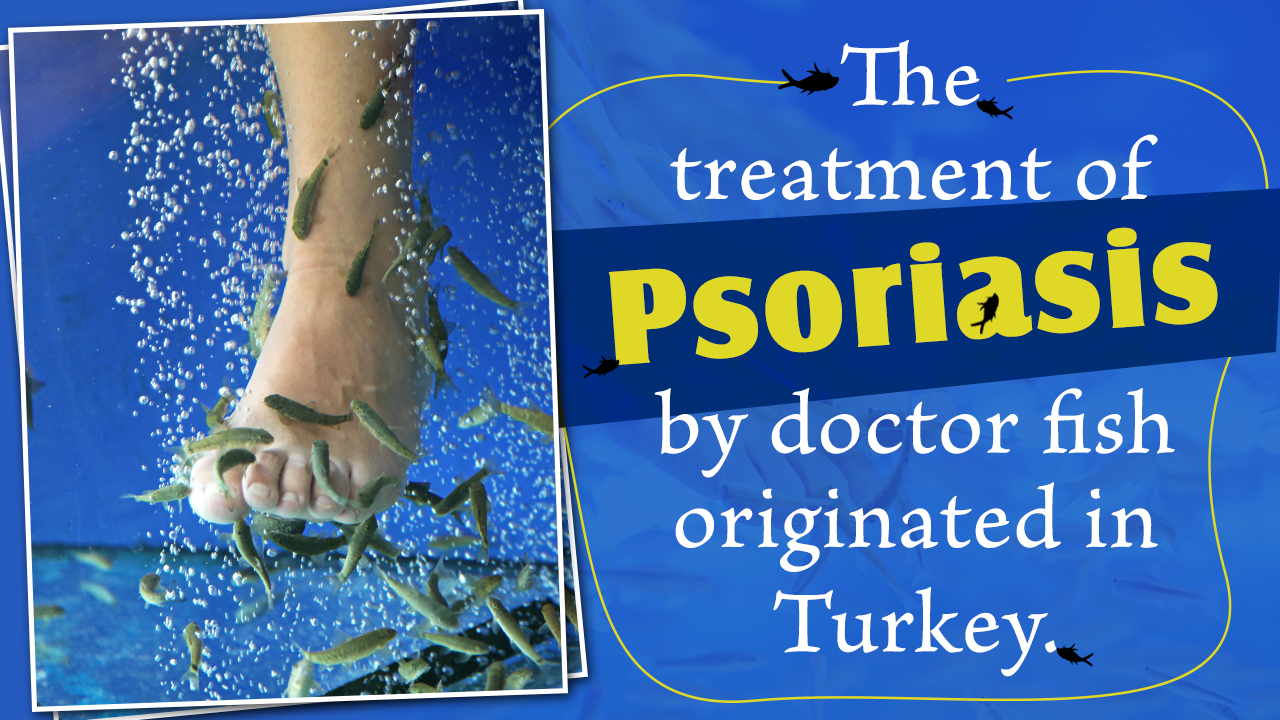 Psoriasis sufferers in Asia and the Middle East are finding remarkable relief from their symptoms, thanks to schools of tiny little fish who nibble their problems away. Details, in this write-up…

The Kangal district of Turkey, known as the home of the increasingly popular Kangal guard dog, is also becoming famous for another unique animal. The thermal baths and medicinal springs of Turkey are widely considered to have healing properties to help with a multitude of ailments. One spa treatment that has been spreading to other countries over the past few years is targeted primarily for people suffering from psoriasis.

In the outdoor pools of some Turkish spas, tiny little fish known as ‘doctor fish’ live and breed with one sole purpose―to feed on the dead skin of psoriasis patients. The fish―scientists call them Garra rufa and Cyprinion macrostomus―belong to a classification of fish known as combfishes. They consume only dead areas of skin, leaving healthy skin to grow and remain smooth. The outdoor location of the treatment spas also offer beneficial effects to patients, but the main healing benefit comes from the doctor fish.

Psoriasis is a chronic, non-contagious skin disease, characterized by inflamed lesions covered with crusty scabs of dead skin. At least four million Americans are affected by psoriasis, which is most common in fair-skinned people, and slightly more common in women than in men. In people not afflicted with the disease, normal skin cells mature and replace dead cells about every 30 days. But with psoriasis, skin cells mature in less than a week. Because the body produces new cells faster than the old skin can be shed, raised patches of dead skin develop on the arms, back, chest, elbows, legs, and scalp.

The treatment of psoriasis by doctor fish originated in Turkey, but its popularity has rapidly spread to other countries in the Northern and Central Middle East, as well as Japan, China, Korea, Croatia, and the United Kingdom. The treatment is very effective, and some patients have experienced a complete cure after repeated treatment. With occasional maintenance, symptoms may never appear again.

The doctor fish treatment is very simple. The patient is submerged partially or fully into a pool of hot spring water in a soothing, landscaped environment. The water contains a high level of selenium, which is reported to be an important factor of wound healing when applied topically. A school of tiny fish surround the body, striking the skin and licking it. The fish are rarely fed traditional food, so they are always hungry, and on the lookout for food―which in this case is people rather than plankton. They nibble away at the scales of dry skin that have been softened by the warm water.

The sensation is pleasant and relaxing initially, like a ‘micro-massage’. The massage feeling is gradually replaced by an all-over tingling sensation, which adds a psychological component to the treatment, as the patient feels the healing process taking place. The tingling is caused by the scales being cleared away and the lesions being exposed to the water and sunlight. There may be minor bleeding―but this is beneficial as the opening of lesions encourages drainage of pus in patients with abcesses. A general feeling of well-being envelops the patient―which is particularly beneficial in patients with neurologic, rheumatic, or traumatic diseases. The calming environment contributes to this feeling of healing.

The Ooedo-Onsen-Monogatari spa in Tokyo has been in operation for years, but just added the doctor fish treatment a few years back. People with healthy skin also visit the spa to receive more traditional spa treatments such as massages, sand baths, and saunas. But the best reason to visit is to take advantage of the skin cleansing benefits of the nibbling fish. Once you get over the mild horror of intentionally submitting your body to being eaten, the disturbing feeling gives way to a feeling of cleanliness and health. 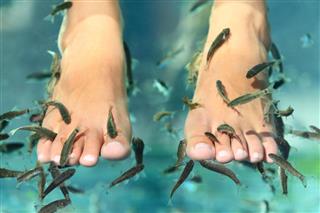 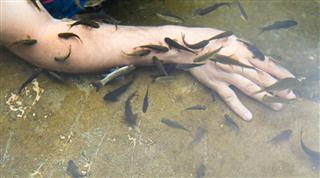