Want to Understand Wrap Rage and Need its Cure? Help is Here

Are you ready to pull your hair out while unpacking a consumer item or good from the packaging it comes in? Blister packages and clamshells making you want to throw things out of the window? You are a sufferer of wrap rage! 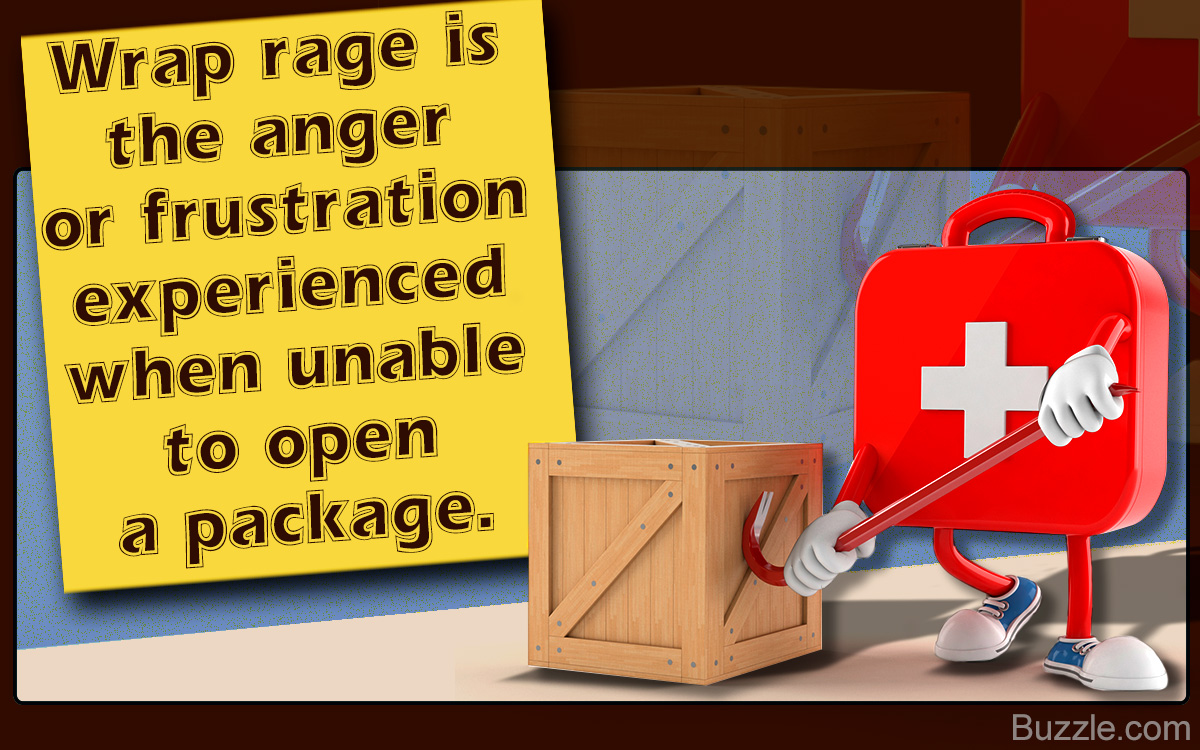 Are you ready to pull your hair out while unpacking a consumer item or good from the packaging it comes in? Blister packages and clamshells making you want to throw things out of the window? You are a sufferer of wrap rage!

So your sister gave you the best gift you could have ever asked for (yeah, we sisters are like that you know!). She said you are going to love it! You happily tear through the gift wrapping paper, and blimey! You find yourself staring down at your favorite iPod packed in a plastic package. You gulp and head to the kitchen. You then, make a trip to your room, and then one to your father’s study. You come back to your iPod – armed with an Army Swiss knife, a scissor, a blade, a nail-clipper, an envelope opener, and forceps. You set about opening the package. The next day you walk up to the store where your sister got the iPod from and challenge the store manager to open the package within less than 15 minutes, and you will buy one iPod for the price of two from him. Sounds like you?

Do you experience a sudden burst of oxytocin and vasopressin in the body every time you try to unpack something? It could be anything from a packet of tablets, to a chocolate bar, a calculator, your new Waterman ink pen, the data cord of your computer, a light bulb you bought for your study… do your attempts at unpacking these products leave you feeling so angry you would rip it apart if you could? Then you, my friend, are a victim of wrap rage! 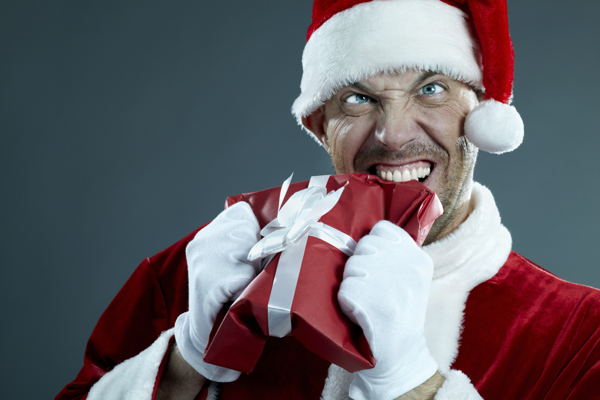 Also known as ‘package rage’, wrap rage is something that drives you mad while you experience it, but leaves you wondering what the big deal was about anyway, once your product is out of the package and you have calmed down…! If we could plot a graph of how wrap rage builds and recedes with time, it would be a tall sharp peak, rising a long way up on the Y-axis but spanning only a small distance on the X-axis! Within seconds of attempting to pry something open we are at our wits ends! It really is amusing how much the human mind can put us through within seconds. One tiny little package has the power to spoil our mood for hours to come. I am being very casual and humorous while saying all this right now, but I admit I am one of those people too… sadly. 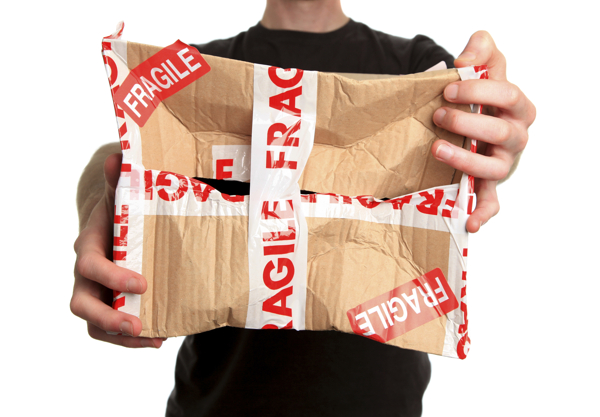 Apart from the extreme anger or rage that we feel, wrap rage has even had people injure themselves at times. When you try and try AND try and fail to open a packet with your hands, you tend to resort to different tools and instruments to help you out – scissors and knives topping the list. But plastic has amazing tensile strength. It becomes extremely difficult trying to get a knife past the heat-sealed plastic packets and more often than not, we accidentally end up driving the knife right into our hands and fingers. (And if you are wondering, then no. Even though I suffer from wrap rage too, that hasn’t happened to me. Ever.) We try more than vehemently to pry the packet open in our anger and end up hurting ourselves real bad. The concept was also depicted in one of the episodes of Curb Your Enthusiasm.

Anger is a brief lunacy.
– Horace

There is one guy who knew what he was talking about. But of course he didn’t have his food arrive in complicated little packets when he was on a flight. Neither did he have himself cut with a knife that was actually meant to cut his calculator out of its plastic clamshell. Give him that and then let’s see if he would still stand by that quote! Nah, ok, I admit I am being mean. The point I am trying to make is – as true as wrap rage is, we still know deep within ourselves that it is absolutely pointless to get mad at a packet that won’t open! No point. NO POINT AT ALL. Here are a few points that may help you overcome your temporary, momentary, brief lunacy and control your anger.

Equip yourself with a pair of trauma shears. Watch your nasty stubborn obstinate little packet give way and accept defeat to the shears! They are better than knives and scissors, trust me. 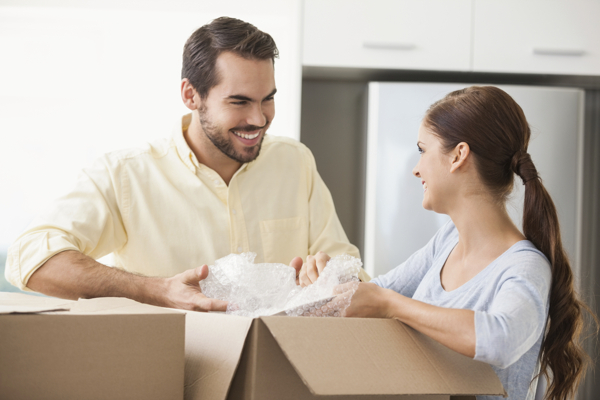 Get somebody else to open the packet for you! Maybe the salesman, store manager, billing guy, your best friend, or someone who does not suffer from wrap rage like you do.

Do not buy things that are packed in such pathetically good packages. If you have to buy something that is so packaged, however, make sure you get someone from the store itself to open it for you. 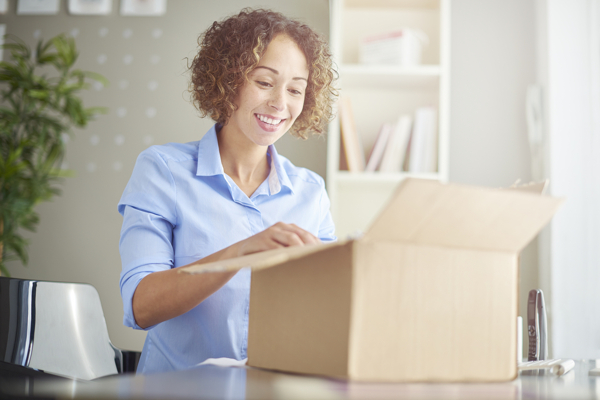 Look for goods packed in easy-to-open packages. This does not prove to be a solution in every case though. If that is the case with you, go back to the first and second point!

Write to The Consumer Product Safety Commission. You can send customer feedback to the company too. The main complain of wrap rage victims is there is way too much packaging on things sometimes. Why not let them know?

Manufacturers have to weigh the pros and cons of easy packaging in terms of customer safety vs. the threat of shoplifting. There is only a certain limit up to which manufacturers can simplify product packaging, and we must give them that. So the only real solution to the problem is to know and believe in the fact that it is truly and utterly pointless to anger and/or hurt yourself over a packet. Hope you are going to keep that in mind and not lose your cool! Enjoy!