Noticed Yellow Discharge? It Could Be a Sign of These Infections

Yellow vaginal discharge can serve as an indicator of some kind of infection, especially if it is accompanied by itching, swelling, foul odor, and lower abdominal pain. Let us see what yellow discharge indicates in different cases.

Home / Women's Health / Noticed Yellow Discharge? It Could Be a Sign of These Infections 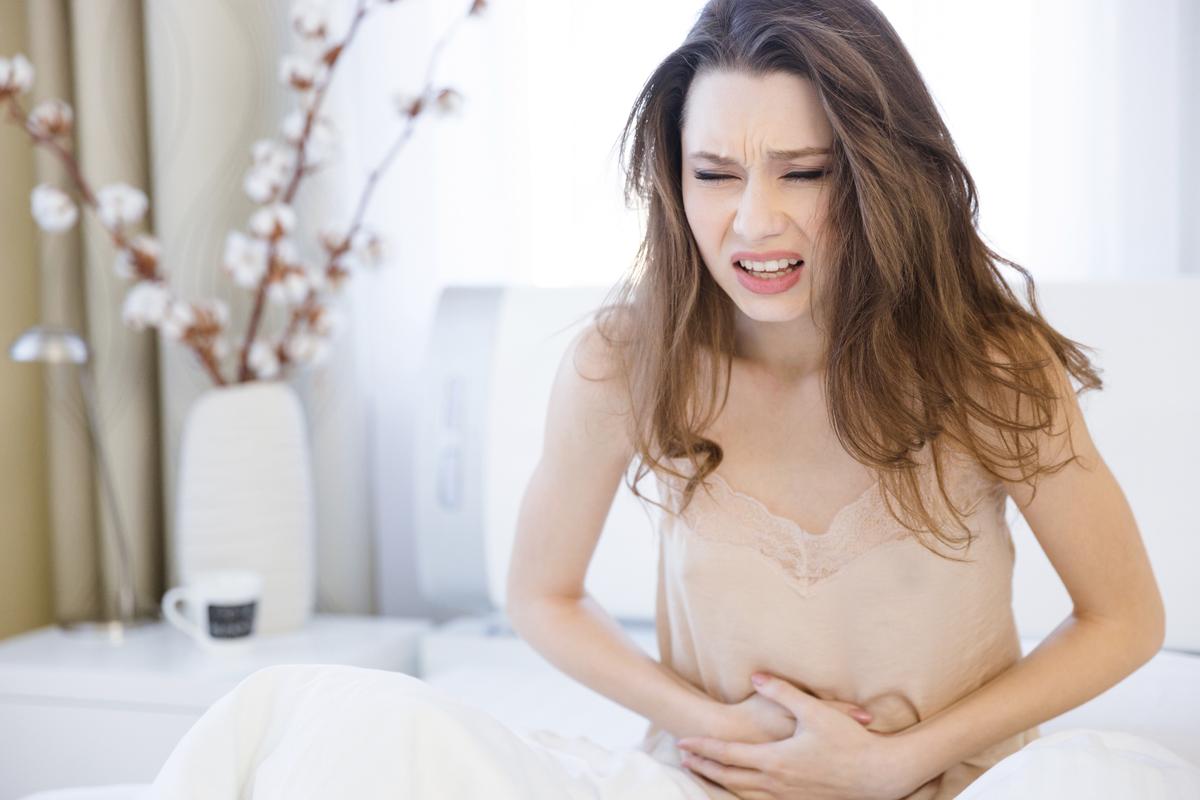 Yellow vaginal discharge can serve as an indicator of some kind of infection, especially if it is accompanied by itching, swelling, foul odor, and lower abdominal pain. Let us see what yellow discharge indicates in different cases.

So, vaginal discharge is nothing, but the fluid produced by the cervix, uterus, and the vagina. This discharge is usually clear or whitish in color, but can turn a bit yellowish on drying, which is quite normal.

What is not normal is a change in the color of vaginal discharge and a foul odor. Such a vaginal discharge can cause itching or burning sensation as well as irritation. So, if you have noticed yellow smelly discharge, then it could be a sign of infection or inflammation.

It is a condition in which the bacteria normally present in the vagina are outnumbered by other bacteria that do not normally inhabit the vaginal tract. It is well-known that the vagina is colonized, under normal circumstances, by many species of bacteria. The most common ones belong to the genus Lactobacillus.

The other genera whose bacteria are found in the vagina are Staphylococcus, Streptococcus, Proteus, Corynebacterium, and several others. When disease-causing bacteria increase in number, they cause discomfort, pain, and other manifestations of their presence, all grouped together as bacterial vaginosis.

Causes of of Bacterial Vaginosis are as below:
Pathogenic (disease-causing) bacteria, such as Gardnerella Vaginalis, Mycoplasma Hominis, bacteria of the genera Mobiluncus, Prevotella, and Bacteroides cause bacterial vaginosis. Smoking, douching, having an Intrauterine Device (IUD), and being sexually active are some factors that have a higher correlation with being afflicted by bacterial vaginosis.

Symptoms of Bacterial Vaginosis are as below:
Yellow discharge from the vagina, which is also foul-smelling, is sometimes described as ‘fishy’. The discharge may also be gray or white in color, and it increases after sexual intercourse. There may be pain during intercourse and while urinating. The symptoms may vary from person to person.

Treatment of Bacterial Vaginosis is as below:
Several drugs are effective in treating this condition. They can be taken orally or topically applied. Among the drugs administered orally, metronidazole is the drug of choice (taken as a single large dose or twice daily) for about a week. Tinidazole (as a single dose) or clindamycin (taken two times a day for a week) are also effective.

Moreover, metronidazole and clindamycin in the form of intravaginal creams or gels are used, but they are not an alternative to oral treatment. Both the forms of medicines (oral and topical) are taken in combination to treat the condition.

It is an inflammation of the vulva (external genitals organs) as well as the vagina. There are several reasons why this area may become inflamed, ranging from common infections to chemical irritants in various substances. Vulvovaginitis is common in young girls because of inadequate hygiene, or because of chemicals in bath products.

Causes of Vulvovaginitis are as below:
There are many factors that can cause irritation to the sensitive area of the external genitalia. Infections caused by various bacteria, fungi, protozoa, viruses, pinworms, chemicals in perfumed soaps, powders, bubble baths, detergents, fabric softeners,  sprays, etc., all cause the body to activate its inflammatory processes, which leads to itching sensation and swelling in the affected area. If a foreign body (such as a tampon and an intrauterine device) remains too long in the reproductive tract, it might encourage the bacteria to grow.

Symptoms of Vulvovaginitis are as below:
Itching of the labia (skin folds surrounding the vagina), vagina and skin near the anus is a common symptom. Swelling and redness is observed, aggravated further by scratching of the area to relieve the itch. A yellow, green or clumpy foul-smelling vaginal discharge is often a symptom of vulvovaginitis. A burning sensation while urinating and pain in the affected areas is another common symptom of this condition.

Treatment of Vulvovaginitis is as below:
For vulvovaginitis caused due to an infection, antibiotics, antifungal drugs, and other antibacterials are administered orally or topically to treat the infection. To manage the inflammation, steroids and antihistamines are given. Certain home remedies are also very effective in soothing inflamed skin. Adding half a cup of vinegar or about 10 grams of baking soda to your bath, can prove to be quite beneficial.

It is an inflammation of the cervix (descending portion of the uterus leading to the vagina). High-risk sexual activities, intercourse at a very early age, having multiple sexual partners, etc., increase the likelihood of contracting this condition.

Causes of Cervicitis are as below:
Infections caused by bacteria, fungi, viruses, etc., can lead to cervicitis. An allergy to a certain chemical in spermicides and condom latex can also inflame the cervix. Foreign bodies (cervical cap, cervical diaphragm, IUD, etc.) are also implicated as one of the causes of this condition.

The level of estrogen in the body declines after menopause, and most women’s bodies gradually adjust to the change. Some women, however, are affected to a greater extent by this estrogen withdrawal, and they develop inflammation of the cervix.

Symptoms of Cervicitis are as below:
A woman suffering from this condition may be asymptomatic. However, some may have symptoms such as bleeding, pain, a burning sensation and discharge. Women suffering from cervicitis may experience pain during sexual intercourse, while urinating, and in the vagina at other times. There may be bleeding after intercourse and a yellow discharge (may also be greenish) with a strong disagreeable odor.

Treatment of Cervicitis is as below:
Antibiotics (for bacterial infections), antiviral drugs (for herpes infection) and antimicrobial agents for other infections are employed for dealing with the microbe that has caused the infection in each case. Replacement of hormones, such as estrogen, to post menopausal women who have cervicitis because of lack of estrogen may be given, but it is risky in the long term. If all these measures fail to bring relief, laser therapy, cauterization or cryosurgery of the inflamed tissue is done.

It is an infection caused by the protozoan Trichomonas vaginalis. It is classified as a sexually transmitted infection (STI). Pregnant women who have trichomoniasis run the risk of preterm delivery. Being infected with this protozoan also increases the chance of contracting HIV. This is because the genital area becomes inflamed and more permeable.

Causes of Trichomoniasis are as below:
A common protozoan Trichomonas vaginalis is the causative agent of this infection, acquired mostly through sexual contact with an infected individual. Men can get it too, but their symptoms aren’t as severe, comparatively, as that of women.

Symptoms of Trichomoniasis are as below:
Intense itching in the external genitals, swelling, redness, a burning sensation, and difficulty while urinating are some of the symptoms of this infection. The vaginal discharge is ‘frothy’ or ‘foamy’, apart from being yellow-green in color. It is also quite foul-smelling.

Treatment of Trichomoniasis are as below:
Metronidazole or Tinidazole are the standard drugs for the treatment of trichomoniasis. Consumption of alcohol after taking these drugs provokes intense nausea, vomiting, and stomach upset. People undergoing treatment are advised to avoid sexual activity till completion of the treatment.

This is a very common infection, caused by the fungus, Candida albicans. It is also known as vaginal yeast infection. It is uncommon for candidiasis to be acquired through sexual activity. Rather, factors such as taking steroids (which weaken the immune system), antibiotics, and other such substances create the necessary conditions in which the fungi grow.

Causes of Vaginal Candidiasis are as below:
The fungus Candida albicans, which is quite ubiquitous, causes this infection. All fungi find warm, moist environment conducive for their growth and C. albicans is no exception. This is the reason why wearing tight clothes and synthetic undergarments often cause candida infections. The vagina has a lot of bacteria that do not allow other organisms to grow. If they are killed by a course of antibiotics, fungi can easily grow in such an environment.

Symptoms of Vaginal Candidiasis are as below:
Intense itching of the labia (major and minor folds around the opening to the vagina and urethra), the vagina, and surrounding skin occur. The itching often gets worse at night. White vaginal discharge, described as ‘crusty’, ‘clumpy’ or like ‘cottage cheese’, is also present. Inflammation and pain in the genitalia are other symptoms of the infection.

Treatment of Vaginal Candidiasis are as below:
Antifungal medicines in the form of creams or pessaries are usually enough to treat mild vaginal thrush. Some of these are ketoconazole, miconazole, and butoconazole. It takes about a week to clear up the infection. For severe infections, fluconazole tablets are administered.

It is important that you do not ignore symptoms that could hint at a serious health problem. A visit to the doctor should not be postponed upon noticing abnormal changes in one’s body, because early detection is vital for treatment.