Of the many questions that a lot of women are seeking an answer to after childbirth, an important one is regarding the return of periods. The following write-up provides information on menstrual cycle post pregnancy. 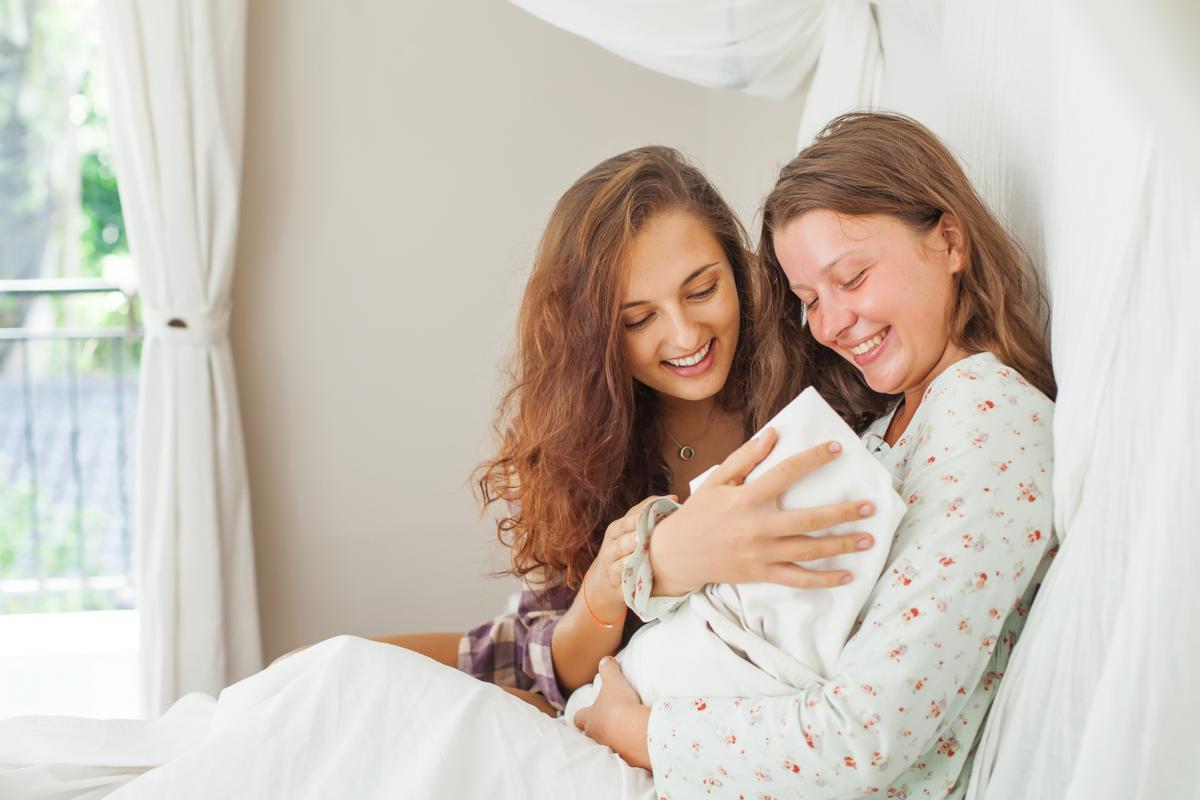 Of the many questions that a lot of women are seeking an answer to after childbirth, an important one is regarding the return of periods. The following write-up provides information on menstrual cycle post pregnancy.

Right from menarche (first period) following the onset of puberty, changes in the levels of hormones bring about many physical changes in women during different phases of their lives. Pregnancy is the next stage of a woman’s reproductive life cycle that follows menstruation.

Cyclical changes such as bleeding, thickening of the endometrium, ovulation, and fertilization of sperm and egg allow a woman to conceive and support the pregnancy. A woman’s body goes through various changes when she is pregnant.

Women undergo many bodily changes post pregnancy and childbirth. For instance, the length of the menstrual cycle and the flow may vary when compared to the symptoms that accompanied periods before pregnancy.

One cannot say for sure that the first period after childbirth will occur at a particular time. The changes in the cycle might be different for all women, depending upon various factors.

The first period after pregnancy may be a tough one to handle. You may experience PMS accompanied by vomiting and slight dizziness. Many women mistake ‘lochia’ for the first menstrual cycle after pregnancy. Lochia refers to the vaginal discharge that occurs immediately after childbirth.

It consists of blood, mucus and sloughed-off tissues that lined the uterus during pregnancy. For three to five days post delivery, the discharge contains a lot of blood that may either come in gushes. It may look somewhat similar to the blood discharge seen during periods.

However, it may be heavier and may also form some clots. Though lochia continues to be discharged for a few weeks, the color and the consistency changes. The discharge becomes lesser with time, and usually stops completely four to five weeks post delivery.

It is not uncommon for the menstrual cycle to get a bit erratic and irregular after you deliver a baby. While some women can get a period as early as ten weeks post childbirth, the return of periods may get delayed by 5 to 6 months or even a year. Women may have irregular cycles for a few months. Some women may go through heavy bleeding during this time.

This is because your body has recently undergone so many changes and still continues to undergo a few. It may take some time to get back the rhythm. Women often wonder whether the pattern of their periods after pregnancy would be the same as it was prior to pregnancy. Well, that depends on certain factors.

The way in which body responds to the hormonal changes may vary. There could be a change of pattern. The length of the cycle may change. It could return to the earlier pattern after sometime. Periods after pregnancy could be preceded by PMS. Cramps may also be experienced by some women, however, this usually gets rectified within a few months. 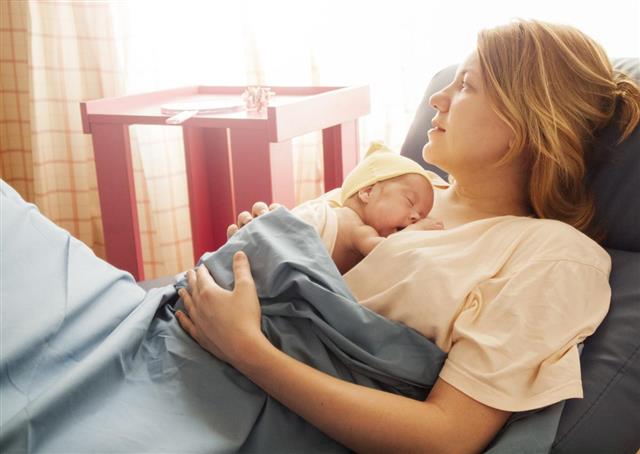 Breastfeeding is a major factor that may play a role in determining when menstruation may start.

Since your body is fairly new to the phenomena of breastfeeding, it tries to adjust to it by delaying your periods. If you are nursing regularly, you may not get your periods until you completely stop breastfeeding, although this does not stand true for all women.

This is because when you are breastfeeding, the pituitary gland secretes a hormone known as prolactin. While prolactin stimulates the production of milk, it suppresses ovulation. Prolactin is also the cause behind irregular periods after pregnancy.

How often and for how long you breastfeed your baby will also be a determining factor. If you are bottle feeding as well as breastfeeding, you may get your periods about 4 months after childbirth, but it may be a heavy and irregular periods. If you are only bottle feeding your baby, you may get your periods after a month or two.

Although the body starts functioning normally within a few months of childbirth, it may take some time for the menstruation to commence and return to the pattern prior to pregnancy. But, making certain lifestyle-related changes might help regularize your periods.

Following a balanced diet containing all essential nutrients and minerals, and performing mild exercises can certainly prove beneficial. Consume a lot of water, fruit and vegetable juices throughout the day. Get adequate rest and sleep. Avoid smoking and consumption of alcohol.

Do not take stress or worry about periods. Go ahead and enjoy your motherhood, but if you experience heavy bleeding or other distressing symptoms once periods start, it will be wise to discuss it with your doctor.