Why Do People Still Smoke Despite Knowing That it’ll Kill Them?

Though most smokers are aware of the harmful effects of smoking, they continue to smoke due to a wide range of reasons. This WellnessKeen write-up lists out these reasons.

Home / Uncategorized / Why Do People Still Smoke Despite Knowing That it’ll Kill Them? 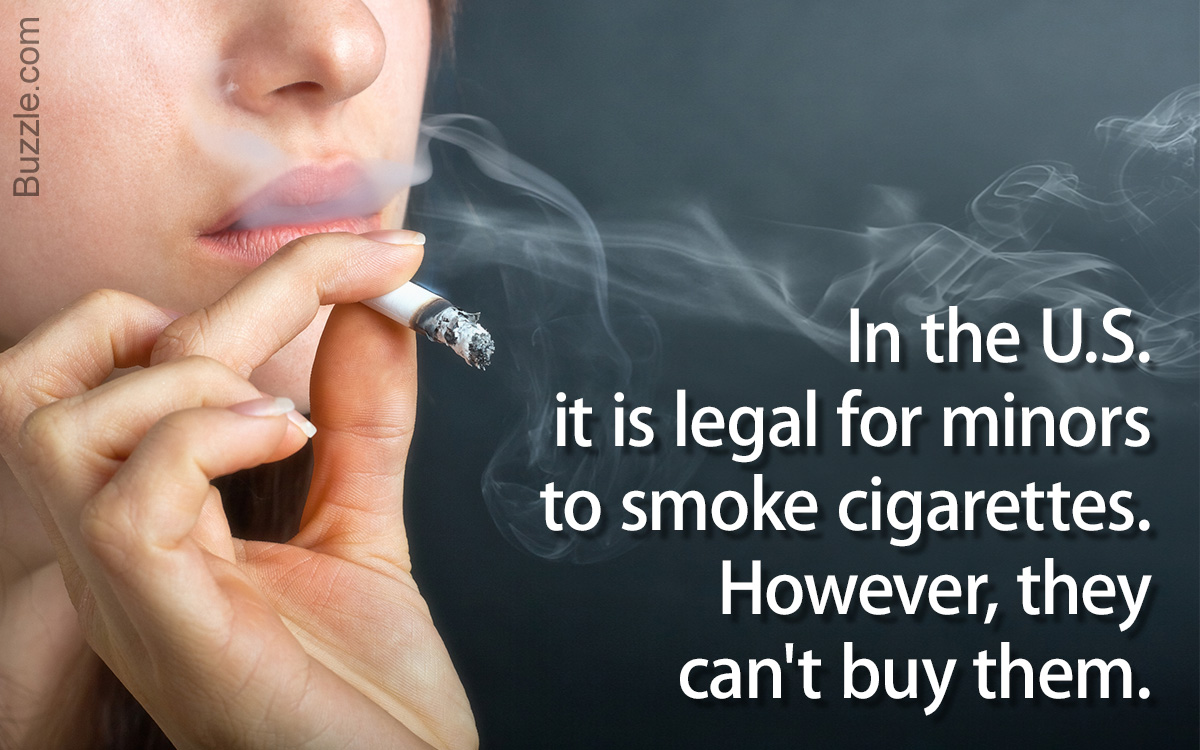 Though most smokers are aware of the harmful effects of smoking, they continue to smoke due to a wide range of reasons. This WellnessKeen write-up lists out these reasons.

According to the Centers for Disease Control and Prevention, 17.8% of all adults (42.1 million people) in the United States were current cigarette smokers in 2013. Each day, more than 3,200 people younger than 18 years of age smoke their first cigarette, and an estimated 2,100 youth and young adults who have been occasional smokers become daily cigarette smokers. These statistics clearly suggest how young people are drawn towards smoking. Though several organizations have been the trying to spread awareness regarding the harmful effects of smoking, the number of smokers has been rising steadily.

Statistics also reveal that most individuals start smoking as teenagers, and become addicted to smoking. Their inability to quit smoking is due to the presence of nicotine in cigarettes. The younger an individual is, when he/she begins to smoke, the greater is the likelihood of him/her getting addicted to nicotine. In the following sections, we list out a few common reasons that explain why people smoke

➠ According to the 2012 Surgeon General’s Report, nearly 9 out of 10 adult smokers started smoking by age 18, and 99% started by age 26. Very few people start smoking after age 25. Basically, this habit might develop in case of teenagers who wish to explore or experiment. The risk-taking behavior of teenagers can be attributed to the thrill that they get on doing something that is forbidden.

➠ Peer pressure is often a contributing factor. Teenagers might consider smoking to become a part of the ‘cool’ crowd. They might feel pressured into smoking to be accepted by their friends or peers who smoke. So, being friends with someone who smokes, could encourage one to smoke.

➠ Teenagers might sometimes consider smoking as a part of adult behavior, especially when any one of their parents or family members smokes.

➠ The influence of media is another factor. At times, young viewers tend to consider smoking as something desirable, when the main characters in movies or sitcoms smoke.

➠ Nicotine is an addictive substance that is found in tobacco. Smoking becomes a habit or an addiction, which is why it becomes hard to resist. Also, smokers might get psychological satisfaction out of smoking, which prevents them from quitting this habit.

➠ The environment also plays a role. If you are surrounded by smokers at work, it might become harder to resist the urge to smoke. Also, some people say that smoking provides them a way to take a break from work. Therefore, they perceive it as an excuse to take a break.

➠ Smokers find it hard to quit, as smoking makes them feel relaxed. Some of them enjoy smoking, while some view it as a coping mechanism. Thus, stress at workplace and fewer restrictions on smoking could be the reason why one may continue to smoke.

➠ Unfortunately, some people start smoking to lose weight. Smoking reduces one’s appetite, and may help one lose weight to some extent. Over time, it becomes a habit or addiction that one is unable to get rid of.

➠ Smoking is a conditioned reflex. Often, smokers feel the urge to smoke when anyone around them is smoking.

In case of individuals who are addicted to smoking, quitting can be an extremely difficult task. However, if you are determined to quit, you will be able to resist the urge to smoke. So, remind yourself of the negative effects of smoking, the next time you think about smoking.